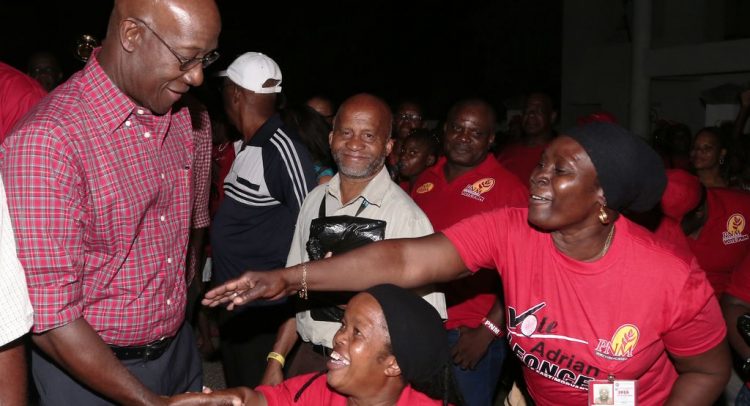 Prime Minister Dr Keith Rowley may have inadvertently given the period when the forthcoming general elections will be held yesterday after he inadvertently revealed that the current term of the Parliament will be dissolved in July.

In what appeared to be an unintentional slip of the tongue during a morning talk show on Tobago’s lone television station Tobago Channel 5, Rowley made the statement while answering questions about greater autonomy for the island.

“We in the PNM are the only political party that by resolution in our congress … said that we are committed to further Tobago’s self-government … What we need to do is try and accelerate it through the Parliament … the committee reports to the Parliament off and on and there’ll probably be a report before the Parliament dissolves in July,” Rowley said.

If the Parliament is dissolved in July as suggested by the PM, it means it will be due within 90 days, which could see the country undertaking the election process by October or even earlier.

The discussion on autonomy for Tobago and the election came two days after the People’s National Movement screened candidates for the two electoral seats—Tobago East and West—and retained Ayanna Webster-Roy and Shamfa Cudjoe.

Earlier in the interview, Rowley was if he would reveal the date of the election. Laughing, Rowley asked the host if he was a registered voter before adding, “I kept saying all along that elections will be held when they are due and the elections are due. We are coming to the point at the end of this term. I have been in Government now. I have been your Prime Minister now for four, almost five years…

“The life of this Parliament will come to an end towards the end of September and under the Constitution, once it goes to that end, you have …no more 90 days to call the elections. If the Parliament is prorogued before that, whatever date it’s prorogued you have 90 days, so we are now in June.”

Asked about the PNM screening committee’s decision to go again with Webster-Roy and Cudjoe, Rowley said both women had done well at the national level.

Questioned further on Webster-Roy’s chances of retaining the seat against the Progressive Democratic Patriots’ candidate Watson Duke, Rowley said she had already proven herself.

“You have it the wrong way. It is whoever is coming to challenge Webster-Roy. (She) was selected by the people of Tobago East quite overwhelmingly and she has gone on to justify that selection,” Rowley said.

Photo: Flashback July 2015: Dr Keith Rowley is greeted by supporters on his arrival at the party’s political meeting in Morvant during the then General Election campaign. (Roberto Codallo)