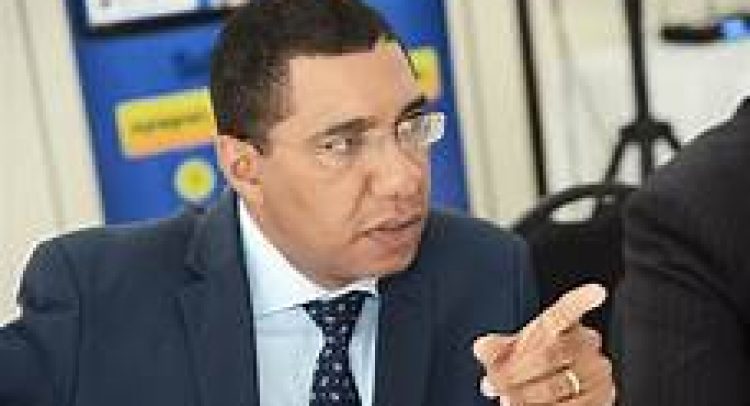 Prime Minister Andrew Holness on Sunday forcefully reiterated that there will be no further lockdown of the country, putting an end to speculation that a recent spike in novel coronavirus cases would cause him to reverse a position he had announced two months ago.

“I know there is great tension in the air, and what it says to me is that people are not listening to what I have said. I have been very clear in Parliament, very clear, absolutely gone overboard to say that we are not going back to lockdowns, so be calm,” Holness said during a news conference called to announce the implementation of a zone of special operation (ZOSO) in a section of central Kingston that has been plagued by deadly gang violence in recent weeks.

“I have said what the [containment] strategy is. It is now in your hands. Go and take the vaccine. That is the strategy,” Holness said.

On November 16, 2021, Holness had announced in Parliament that the Government had no plans to shut down the country again. Jamaicans, he said, needed to face living with what is now the endemic phase of the novel coronavirus spread.

He had made the declaration despite noting that the Government expected, and was preparing for, a fourth wave of infections just after the Christmas season.

The prime minister had noted that some cases of exposure to the novel coronavirus had been reported since about half of the island’s primary schools had resumed face-to-face learning on November 8, but was clear that there was no turning back.

“The Government continues to act in the best interest to preserve lives and livelihoods as best as possible. We are being very cautious in reopening. Just to be clear, we are not going to shut down again. We have reopened our schools [and] we have seen cases reported of possible exposure to COVID-19. We tell them to sanitise, clean up, isolate the child, but we are not going to close the schools again. It is what it is. If it is we have reached this level of frustration with the measures, we can’t continue to have that, so we have to take down the measures, we have to do so gradually, and we will face the brave new COVID world, where it is your responsibility to maintain social distance, sanitise, do your own surveillance, and find a way,” the prime minister said at the time.

He said that there would come a point when there are only a fixed number of hospital beds designated for COVID-19 patients as services to other patients have suffered because of the strain on the public health system.

The prime minister re-emphasised that Jamaicans must now assume full responsibility for their protection against COVID-19.

“We know how to cope after almost two years of pleadings and exhortations and measures… we now have all the vaccines that we need. Access to the vaccines is no longer an issue,” he stated.

Since then, the island entered the fourth wave of infections, and last Saturday the health and wellness ministry reported that 1,499 new cases of the virus had been confirmed in the 24 hours up to the time when it issued its update, pushing the positivity rate to 48.9 per cent.

The new cases reported Saturday took the overall total since the outbreak in March 2020 to 102,505. Of that number, 2,499 patients have died from complications associated with the virus and 66,483 recovered.

“We can’t hold yuh down and put the needle in your hand. If yuh get sick, you take that responsibility,” he said. “There is an option; we have vaccines all over the place. We have sites all over the place. I don’t hear one person complain that they can’t get the vaccine anywhere. Go and get vaccinated. Argument done!”