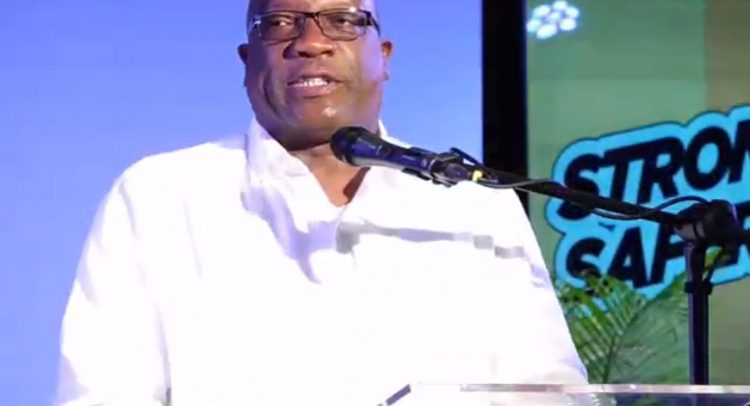 The Team Unity Administration has successfully managed the Covid-19 situation as a result of its proactive approach and will not allow the gains made to be reversed by allowing in thousands of persons into the country ostensibly to vote in the June 5 General Election.

Prime Minister Dr the Hon Timothy Harris, while addressing a highly successful Team Unity virtual campaign meeting on Wednesday May 27 told the nation that closure of borders was a standard response everywhere in the world to protect people and save their lives.

“Every country, by and large, has had to do what we are doing,” said Dr Harris. “The only difference is that we are doing it better here in St. Kitts and Nevis.”

He wondered why opposition leaders want to destroy all the gains St. Kitts and Nevis has made as a country and force the government to go backwards to lockdown the country again.

“We have started in a managed way to open up our country from two days of relaxed operations, to four days of shopping in town, to five days of shopping in town, (and now) seven days the country is open up,” observed the Honourable Prime Minister. “All of that disciplined action; all of that competent work by our health professionals; our NEOC – all of this could be scandalised and brought to naught if we were to follow the advice of those desperados from the past.”

The Emergency Powers (Covid-19) Regulations, 2020, were put in place on the advice of the health professionals, and Prime Minister Harris stressed that Government will not be in any rush to remove them because its first job is to keep the people in the country safe.

While the government had prepared three hospitals to counter any negative effects of the pandemic to the population, the country has successfully managed to keep the people healthy as no one has died and no one is presently hospitalised. He praised the selfless work being done by the medical professionals.

“We expended nearly $25 million to buttress our health sector, not just for Covid-19 but for the future,” said Prime Minister Harris. “We, as we are speaking, have already negotiated for brand new cardiac centre to be established at the Joseph N. France Hospital to deal with all the complications of heart care in St. Kitts and Nevis. We have been looking to the future, and we have built out a health sector now that is second to none.”

He expressed regret that while Government was doing all that, the opposition was focusing on exposing people to danger. He wondered why they are not taking care and consideration for the people and their families when they push Government to allow thousands of people in by air or by sea. What Government is doing is based on World Health Organisation and CARPHA guidelines, and it has implemented a policy that has worked for the people.

“So tonight I say that the Team Unity Government will never apologise for protecting the health and safety of our people,” said Prime Minister Harris. “We have been and we will continue to adhere to the World Health Organisation’s guidelines. Our Team Unity Government acted early on the coronavirus and there is no doubt that proactive actions by restricting travellers, imposing quarantine, and isolation, and closing our borders is what has saved lives in St. Kitts and Nevis.”