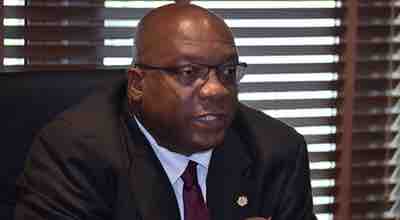 Basseterre, St. Kitts, August 30, 2018 (SKNIS): While updating the nation on matters of national interest, at his press conference on August 30, Prime Minister of St. Kitts and Nevis, Dr. the Honourable Timothy Harris lauded his administration for the tremendous progress the government has been making over the past three years but also made clear that there is much more on stream to come. He praised the number of capital projects that have been rolled out and the minister responsible for those projects.

Prime Minister Harris said that he is pleased by the number of capital projects that are currently in progress such as the significant capital expenditure being undertaken at the RL Bradshaw International Airport with some EC$ 21.5 million being spent on the Alpha Taxi Way and Apron.

“Some of this work is being done by a local contractor CONTEC,” he said, and added that an additional US$7.3 million has been set aside for the resurfacing of the Bravo and Charlie Taxi Ways, which would commence upon completion of the Alpha Taxi Way.

He commended the Minister of Public Infrastructure, Honourable Ian Patches Liburd, for the progress on the island main road resurfacing project thus far and announced that the government will be putting an additional $14 million towards paving of community roads.

“Separate and apart from the $69 million island main road resurfacing project, as a further effort to create more beautiful and better communities my government has mobilized $14 million to begin the paving of community roads. This will start before Independence,” he stated.

The Honourable Ian Patches Liburd added that all of the projects are being done on schedule and the progress and roll out of these projects can be clearly seen. He also said that it was a deliberate effort to have local contractors be a major part of the road resurfacing project.

Nevis to get new deputy governor

Republic of China (Taiwan) continues to assist in the enhancement of law enforcement in St. Kitts-Nevis