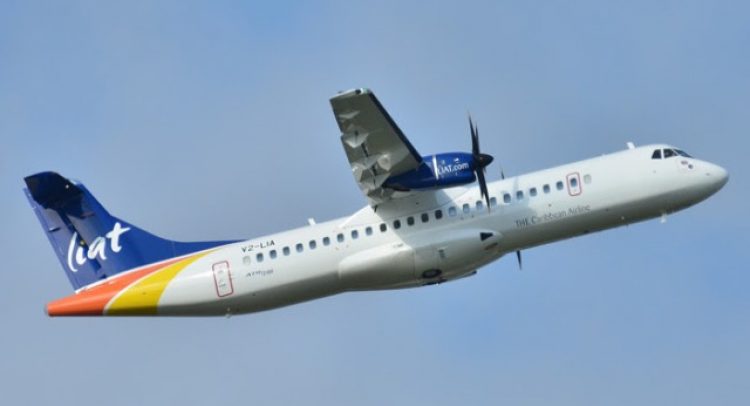 Basseterre, 2nd December, 2020, (MyVue News.com)- The Government of St. Kitts & Nevis has offered a helping hand to the struggling regional air carrier, LIAT, and has agreed to waive millions of dollars owed by the airline.

The Government said that its decision was partly driven by its commitment to regional integration.

LIAT has long been regarded as the main intraregional carrier, for all Caribbean countries.

For many years, the airline has tried to get assistance from regional governments to help save it from total collapse, given the over $100 Million debt that has strangled it and finally clipped its wings earlier this year.

Minister of Finance and Prime Minister, Dr. Timothy Harris, explained that his administration factored the present “ill health” that LIAT finds itself in, and the action to forgive the debt of $11 Million came after a request was made by the airline’s liquidator.

LIAT had been struggling for decades, despite bouts of restructuring, and had been bailed out by governments on a number of occasions, but most regional leaders, made it clear this time around, when the carrier again ran into serious financial trouble, that they were not willing to inject any more funds to keep it afloat.

The Prime Minister of Antigua & Barbuda, Gaston Browne, lobbied his colleagues generally, but specifically the shareholder countries of St. Vincent, Barbados and Dominica, to support one last rescue effort. He was rebuffed. But Browne remained defiant and continued his efforts to keep LIAT in the skies.

Even Browne has now committed that unless the “new” LIAT operates with more fiscal prudence and one that is “lean”, he too will allow its collapse.

LIAT has since dropped from over 700 employees to just over 100 staff.

The situation for LIAT was worsened when the Coronavirus made its way to the Caribbean, causing the closure of borders and the suspension of all commercial flights, in early 2020.

It is now under administration and work continues to address, as a priority, debt forgiveness, including the over $80 Million owed to employees in severance payments.

Harris admits that without the airline, there remains a void in Caribbean travel and that this would severely impact the movement of people and goods across the Caribbean.

Harris said that his government is mindful of the challenges that LIAT faces, and that the decision taken to cancel the debt, is in the best interest of Kittitians and Nevisians, and the region.

St. Kitts was also recently announced as one of six countries that will be serviced now that LIAT has resumed commercial flights. The others are Barbados, Antigua, Dominica, St. Lucia and St. Vincent.

Until more flights are added, flights into and out of St. Kitts will be only on Saturdays.

Civil servants to be paid in time for VAT DAY