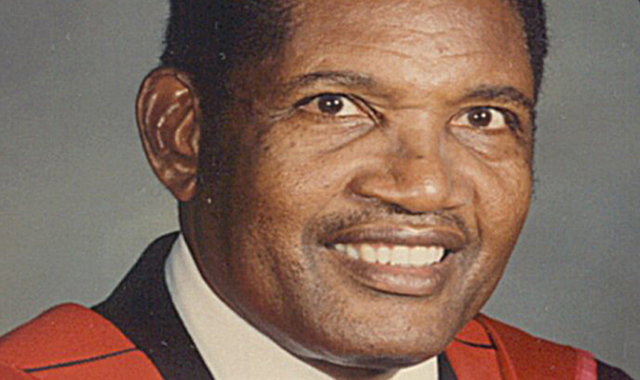 Basseterre, St. Kitts, 13th March, 2018 – Prime Minister Dr. the Honourable Timothy Harris extends his heartfelt condolences, and those of the Government and people of St. Kitts and Nevis, to the family and loved ones of Dr. Joseph Halliday, OBE.

Dr. Halliday, a former Chief Education Officer and Headmaster at the Sandy Point High School (now the Charles E. Mills Secondary School), has died at the age of 79 years old.  He was born in Fig Tree, Sandy Point on July 13th, 1938.

“After serving with distinction in his leadership role at the Ministry of Education for two decades, Dr. Halliday was recruited as the first Force Personnel Officer of the Royal St. Christopher and Nevis Police Force and the Fire and Rescue Services,” the Honourable Prime Minister and Minister of National Security said yesterday, Monday, March 12th, 2018.

“Dr. Halliday initiated and implemented a five-year strategic plan to improve accountability and morale in the Police Force, the blueprint of which remains to this day,” Prime Minister Harris also said while reflecting on the life of Dr. Halliday.

“He was one of the greatest leaders of his time, bar none.  He chaired the Clarence Fitzroy Bryant College (CFBC) Transition Management Team and also chaired the Public Service Commission, and we are much better off for his contributions over the years,” the Honourable Prime Minister added.

A role model and hero to his contemporaries and younger generations in Sandy Point and further afield, Dr. Halliday received the SPBS Distinguished Community Service Award in September 2012 at the Sandy Point Benevolent Society’s (SPBS) second annual awards banquet.  Twelve years earlier, he was awarded the prestigious Order of the British Empire (OBE).

Prime Minister Harris’ thoughts and prayers are with the family of Dr. Joseph Halliday as they grieve the death of their beloved patriarch.  May they find comfort and strength, knowing that he contributed greatly to the development of his beloved country.

Bangladesh high on confidence but wary of India's superiority