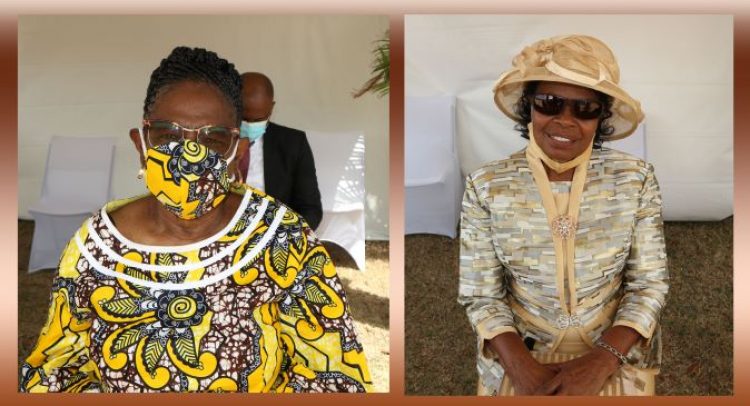 Basseterre, St. Kitts, May 20, 2021 (SKNIS): Two exceptional retired educators in St. Kitts and Nevis were among seven outstanding nationals who have been bestowed the Companion Star of Merit on Wednesday (May 19, 2021), during an Investiture Ceremony at Government House.

Viola Jacobs and Shirley Gloria Estelle Browne were the two educators who received the prestigious award in the field of Education.

“Where would our nation be were there not educators like Mrs. Browne and Mrs. Jacobs and all the others who do this with a passion, understanding that educators make a lasting impression in the lives of people,” Dr. Harris stated. “The teacher in the classroom has the capacity to make or break a student, make them fail, make them not want to come to class again by their words and actions.”

The prime minister reflected on his time in school and noted the love and care that he witnessed by Mrs. Browne and other teachers who went above and beyond their duties to positively impact their students.

Prime Minister Harris added that the stories of Mrs. Jacobs and Mrs. Browne, and the other awardees can inspire boys and girls of the twin-island Federation. The other persons recognized at the ceremony and their related fields were Dr. Burnell Sylvester Nisbett for Medicine and Reverend James Rudolph Smithen for Religious Service. Dr. Hazel Oreta Laws, Dr. Cameron Wilkinson, CBE, and Abdias Samuel received individual awards for National Service in Crisis.

“Your example will be particularly important to our younger generation,” Dr. Harris said. “We are a young country with a young population. With this comes excitement and enthusiasm about the future. But what that future looks like and the role that our young people can play in it, will need to be shaped, and for that, we want to depend on you.”

He concluded by reiterating the nation’s gratitude to the award recipients.

“Thank you for what you have done and are doing to build our Federation. Thank you for sharing your talents and your abilities with your community. Thank you for giving us role models for young people and future generations. Your lives will be an inspiration to all engaged in national building,” he expressed.

Development Bank of St. Kitts and Nevis is very involved in the financial education of clients, says Operations Manager