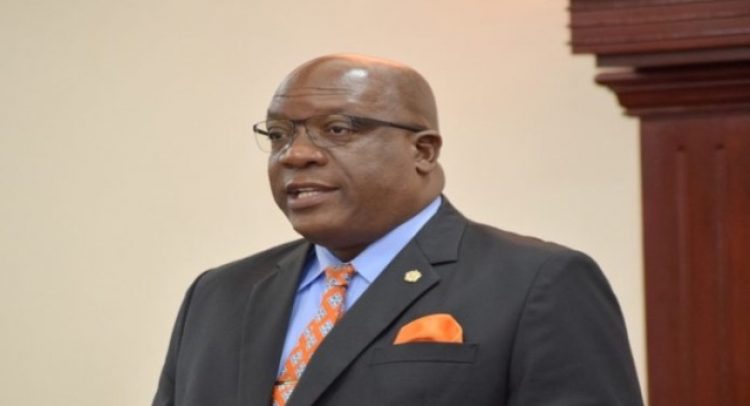 Basseterre, St. Kitts, 17th November, 2020 (MyVue News.com)– Using the opportunity of “Statements by Ministers” on the agenda of Tuesday’s sitting of the National Assembly, Minister of Finance and Prime Minister, Dr. Timothy Harris, strongly rebuffed recent rumors that his administration was about to re-introduce personal income tax in the country.

The rumors began circulating in recent days, after the Order Paper, (agenda), for the parliamentary meeting was publicly circulated in the local media.

Harris said he was reacting to “Certain misinformation in the public domain regarding the Income Tax Amendment Bill, 2020.”

He added, “indeed, careful reading of the Income Tax Bill would have made it clear to an enquiring mind that the Bill merely seeks to clarify the application of taxation to ensure full compliance with international standards.”

It would appear, from the remarks of Dr. Harris, that the motives influencing the actions of the government, were external.

He said the amendment proposed, would ensure that our commitments to the European Union, the Organization of Economic Cooperation and Development will be met, and that the country would avoid the reputational damage and consequential financial implications which may come from Black Listing, (sanctions).

There will be no increase in corporation taxes and no re-introduction of personal income tax which was abolished in the 1980s, under a Dr. Kennedy Simmonds Administration.

When that action was taken by the PAM/NRP Government, almost 40 years ago, it formed part of that administration’s philosophy of “lower and fewer taxes”.

Instead of tax increases, Harris said his government has been reducing the rate of the Corporation Tax and Unincorporated Tax to help local companies during the difficulty COVID-19 times.

He added that after over five years of being in government, from since 2015, at no time have they added new taxes to burden Kittitians and Nevisians, nor are they intending to do so.

He intimated that those spreading the misinformation about the government’s intentions, could have used the opportunity to access the Bill (from the online platforms of the Government Information Service), if they truly wanted to better understand exactly what changes were being considered.

Additionally, Harris stated that given that the Bill had been made available publicly and is available to all stakeholders who may wish to review and submit recommendations, his administration was being transparent and had nothing to hide.