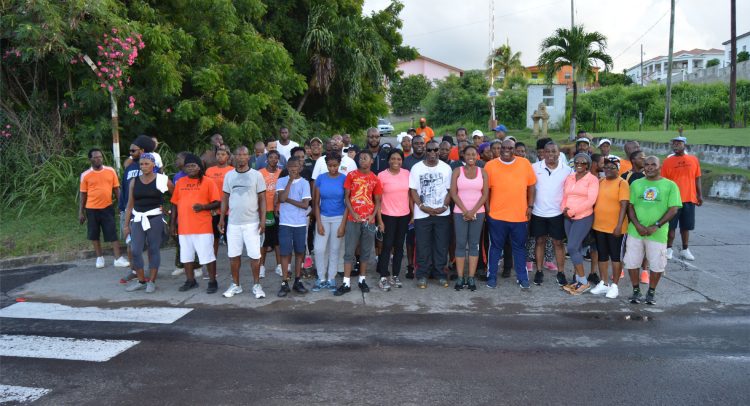 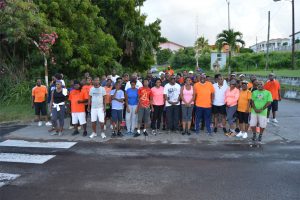 BASSETERRE, ST. KITTS, July 18, 2018 (PLP PR Media Inc.)* — The ever growing number of health conscious citizens and residents of the Federation has received good news to the effect that the now hugely popular Prime Minister’s Monthly Health Walk will be held on Saturday July 21. The walk will be held in its entirety in Constituency Number Three.

“The walk will be held entirely in Constituency Number Three and unlike the previous events where participants walk almost straight from point ‘A’ to point ‘B’, the walk this Saturday will be in the form of a meet-the-people event as it will traverse through the various communities in the Constituency before it culminates at the lawn in Boyds/West Farm where a healthy breakfast will be served.”

The Hon Byron-Nisbett, who is also the Deputy National Political Leader of the Peoples Labour Party (PLP), one of the three parties in the ruling Team Unity Administration, said that the walk will start from the Greenlands Park. Prime Minister Dr the Hon Timothy Harris, who is the PLP’s National Political Leader, will be leading the charge and all persons intending to take part are expected to be assembled for the 5:00 am start.

“The walkers will set off from Greenlands and head north into Shadwell, walk through the village of Shadwell and then south into La Gurite Heights,” explained the Hon Byron-Nisbett.  The participants will then turn west into Buckley’s Development Project, south into Buckley’s Estate, head west along the Island Main Road then south into Camps Village, exiting at the Ross Nursing School then head west along the Island Main Road ending onthe Lawn in Boyds/West Farms.

“As we pass through the various communities, we will encourage those who could not make it to the starting point to join us,” noted Hon Byron-Nisbett. “Top finishers are always honoured by having a photo opportunity with the Prime Minister. These are those who would have started at Greenlands, and not those who joined along the way as much as we cherish
their participation.”

The Peoples Labour Party National Executive and general membership will on Sunday July 22 worship at the Good News Baptist Church in Lime Kiln at 10:00 am to give thanks to the Almighty God for His mercies and the blessings He has bestowed on the Federation of St. Kitts and Nevis, explained the Deputy National Political Leader, the Hon Akilah Byron-Nisbett.