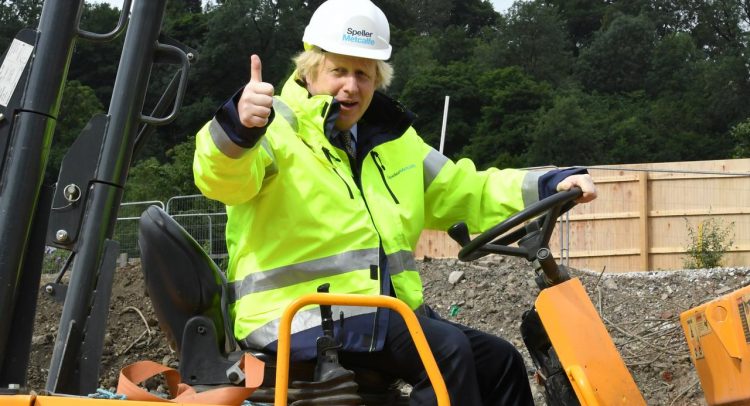 As Britain emerges from lockdown, Johnson is looking to move past criticism of his government’s handling of the pandemic with a plan to repair the economic damage and reshape the country.

“We cannot continue simply to be prisoners of the crisis,” Johnson said. “We must work fast because we’ve already seen the vertiginous drop in GDP and we know that people are worried now about their jobs and their businesses.”

His message, delivered at a college in the central English town of Dudley, was overshadowed by the announcement of a new lockdown in Leicester, just 50 miles away, where COVID-19 infections are surging.

Nevertheless, with an exhortation to “build, build, build”, Johnson announced plans to speed up government infrastructure spending and cut through the red tape around planning to make private sector property development easier..

“We will build the hospitals, build the schools, the colleges. But we will also build back greener and build a more beautiful Britain,” he said.

Promising not to cut spending, he compared his plan to then U.S. President Franklin D. Roosevelt’s 1930s “New Deal”, which included job-creating public works projects to help the United States recover from the Great Depression.

“It sounds like a prodigious amount of government intervention, sounds like a new deal … If that is so, then that is how it’s meant to sound,” Johnson said.

SPENT SOONER
Tuesday’s headline spending announcement of 5 billion pounds ($6 billion) amounts to around 5% of gross public sector investment last year. Most had already been announced and is only being spent sooner than planned.

“It’s not enough,” Labour Party Leader Keir Starmer told the BBC. “The prime minister promised a new deal – well there’s not much that’s new and it’s not much of a deal.”

Kate Forbes, finance secretary for the devolved Scottish government, said the stimulus was below the response of countries like Germany. Layla Moran of the Liberal Democrats said it amounted to “scrabbling together a few quid rattling around behind the government sofa”.

The 5 billion pounds of accelerated investment will be made up of projects including hospitals, schools and roads. Finance minister Rishi Sunak will announce further details next week.

Britain’s recent history shows that while big infrastructure projects are often seen as a way to create jobs improve the economy, they are difficult to deliver.

A new underground train line in London is over budget and late, as is a north-south high speed rail link. After decades of discussing airport expansion at London Heathrow, the project remains mired in legal challenges.

“The key now is to ensure that these projects get off the ground as a matter of urgency,” said Stephen Phipson, Chief Executive of manufacturing trade body Make UK.