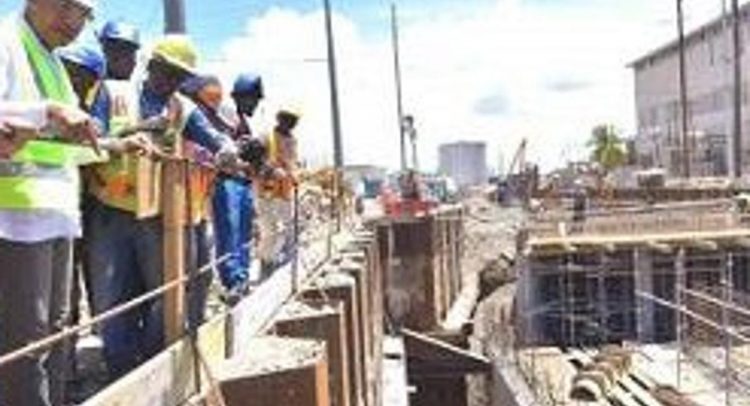 The Jamaica government says the construction of a multi-million dollar power plant in St. Catherine, southeast of the capital could provide the impetus for increased local and foreign direct investment into the country.

“It sends a very good signal to the international community about the state of the Jamaican economy to not just sustain the financing of such a large project but to also have all the necessary support, infrastructure and facilities in place to ensure that such a large investment can go off seamlessly,” said Prime Minister Andrew Holness.

The 190 megawatt (MW) power plant being constructed by the Jamaica Public Service (JPS) is estimated to cost US$330 million and is being financed by largely by local investors.

Holness said that this augurs well for Brand Jamaica, and anticipates that “we will be seeing (more) large projects of this nature in the future.

“Investors can rest assured that they can calculate and manage their risks in Jamaica, that the Jamaican Government is supportive of these large investments and that we have the labour force to support (them),” he added.

Holness told reporters that the development, which is two months ahead of schedule and within budget, is a major achievement for Jamaica, as not only will it ensure the country’s energy security, “but for the average consumer, it will inevitably see a reduction in your electricity prices.

“I am also happy to know that the plant itself is far more environmentally (friendly) in its design, in that the particulate discharge will be far less than the old plant and that this is a combined cycle plan… so you’re getting far more energy out of every unit of fuel that you use,” he said.

Golding said he is also pleased that the project has provided employment for a number of locals, noting that it was “heart-warming to see the many Jamaicans coming to work.

“These kinds of infrastructure projects, though they use quite a bit of foreign exchange, generate significant employment, and just interacting with the labour force on the site here, tells me that the management of the construction here and JPS, have taken all the necessary measures to ensure that there is industrial harmony on the site and that there is some amount of human resource development taking place,” he noted.

JPS President and Chief Executive Officer, Emanuel DaRosa, said the company is “very proud of what we have accomplished at this point.

“This is a major undertaking… for JPS and there are some significant benefits that are going to flow out of this project for the people of Jamaica,” he said.

Madonna Addresses Aretha Franklin Tribute Backlash: ‘They Asked Me To Share Any Anecdotes’