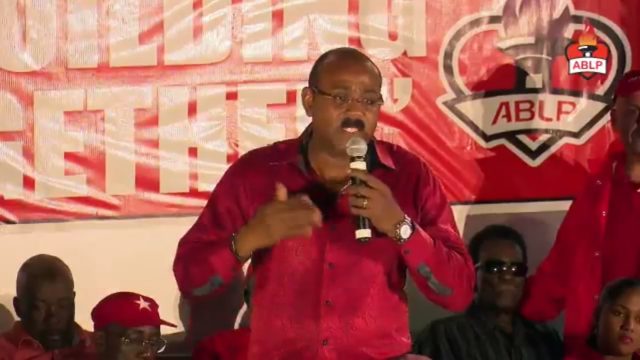 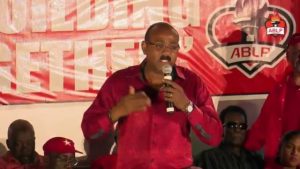 Prime Minister Gaston Browne has kicked off the 2018 election campaign with a promise to reduce the cost of electricity to consumers.

He told a public meeting in Point tonight (Monday) that the reduction will not come in the manner being proposed by the main opposition United Progressive Party (UPP).

The UPP wants the government to reduce the fuel surcharge to come in line with the price of oil on the international market.

However, Prime Minister Gaston Browne told the first campaign event since announcing the date of the election over the weekend, that he has a better idea.

“The reality is, APUA is not generating enough cash flow so that they can cut electricity prices,” the ABLP leader said.

“So no matter what the UPP say to you, they will tell you they will reduce electricity costs by 50 percent but that is to fool you,” he added.

Browne said the best thing to do is to transition into renewable energy and pass the benefits to consumers.

“What we are doing here is to transition into green energy, reduce the price of electricity and pass the savings on to you,” he explained.

He said the government will introduce “smart metering” so users can monitor their consumption and top up when needed.