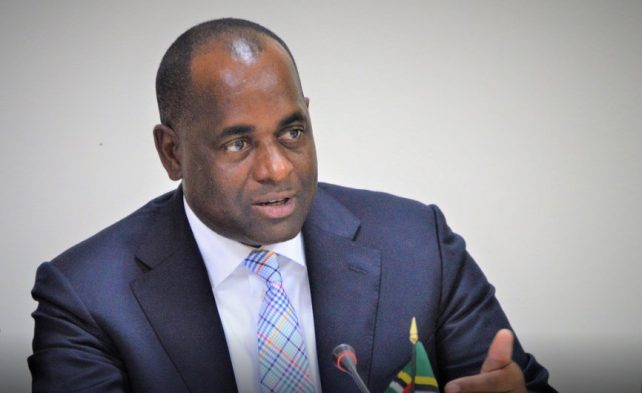 Prime Minister Roosevelt Skerrit says the flooding now being experienced in Trinidad and Tobago underscores the impact climate change is having globally.

Skerrit, whose country is still recovering from the battering it took a year when Hurricane Maria caused widespread devastation, said he had spoken with his Trinidad and Tobago counterpart, Dr. Keith Rowley regarding the floods and “expressing the solidarity of the people of Dominica”.

Trinidad and Tobago has been experiencing severe weather conditions leading to widespread flooding that have caused millions of dollars in damage.

“It appears they have suffered tremendously…and we are here to support and to provide whatever assistance in any way we can,” Skerrit said, noting “this flooding brings home the whole issue we have been speaking about for several decades, the issue of climate change.

Skerrit said that no only Trinidad and Tobago has been exposed to the impact of climate change, “but you seeing in Europe, in Asia massive flooding taking place.

“But it is a real concern,’ Skerrit said.

On Monday, Prime Minister Rowley said he had been contacted by several Caribbean Community (CARICOM) leaders, including Jamaica’s Prime Minister and CARICOM Chairman, Andrew Holness, as well as his colleagues from Barbados, Dominica and Grenada.

“The regional leaders have expressed their concern for the people of Trinidad and Tobago as we grapple with the effects of the floods due to this unusually protracted period of inclement weather. They have all indicated that they are on standby to assist the people of Trinidad and Tobago in the event that requests for assistance are forthcoming,” Rowley said in a statement released by the Office of the Prime Minister.It said that he expressed thanks to the leaders “and indicated that difficult as it is, we are coping for the moment through Government agency responses and private outpourings from persons across the nation”.