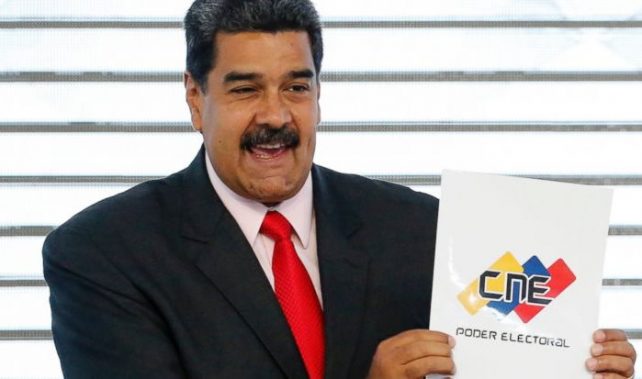 Prime Minister Roosevelt Skerrit has said Dominica has no choice but to recognize Nicolas Maduro as the President of Venezuela because he was voted in by the majority of those who voted in that South American country.

Speaking earlier this week on Kairi’s Next Level Radio Program he said that although Dominica doesn’t interfere with the internal affairs of any other country, but based on what is known, the election was held within the laws of Venezuela.

“We don’t interfere with the affairs of any country including Venezuela,” he stated. “Based on what we know the elections were held within the confines of the constitution and electoral laws of Venezuela and observers there have declared the elections to be free and fair and we respect that.”

He said a government is determined by its people and the majority of Venezuelans who voted, voted for Maduro.

But not everyone is sharing the Prime Minister’s outlook of the polls which saw Maduro winning a second six-year term.

Maduro is facing an international backlash after the results of the poll were announced.

The Organization of American States has already said it will not recognize Maduro as the President of Venezuela.

The 14-nation Lima group of Latin American countries plus Canada issued a statement on Monday saying it did not recognize the legitimacy of the election. The statement said the countries would call their ambassadors back from Caracas for consultations and hold a meeting to coordinate a regional response to outflows of Venezuelans “who have been obligated to abandon their country”.

US President Donald Trump has called for new elections to “end the repression” of Venezuelans.

Venezuela has expelled two diplomats in the country as the row over the election continues.

On the international stage, only Turkey, Cuba, China and Russia have shown support for Maduro.

Can You Use Turmeric to Help Treat Depression?