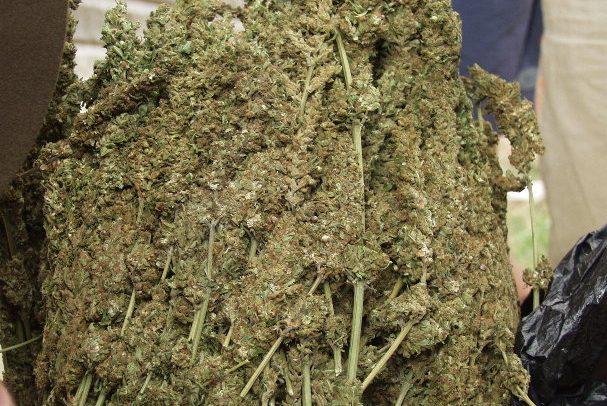 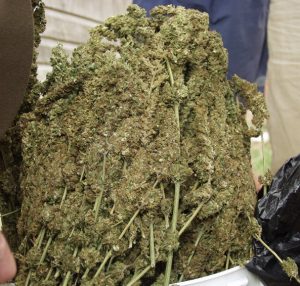 Prime Minister, Roosevelt Skerrit, does not appear impressed by the United Workers Party (UWP) position on the use of marijuana in Dominica saying it lacks conviction.

He, however, said he supports the use of the now-illegal herb for medical and religious purposes.

“There is no conviction to what Mr. Linton is saying,” the Prime Minister said on the matter on Kairi’s Next Level Program on Tuesday evening.

In the UWP’s latest statement on the much-discussed issue, Linton called for “a National Consultation of all stakeholders and civil society organizations before the 2018/2019 National Budget, to discuss and agree what needs to be done urgently to secure Dominica’s place in the global hemp industry.”

He said the industry is “a multi-billion dollar medicinal and wellness products industry” that “is expanding by leaps and bounds around the globe using extracts of hemp – a plant that has been produced in Dominica for decades.”

“We, therefore, need to move speedily and purposefully claim a worthwhile share of that growing business before it is too late,” he stated.

Linton was in the US recently where the UWP said he was discussing “the growth potential of the market for hemp-based products with leading industry players.”

The Prime Minister said he was unsure of Linton’s trip but said that “philosophically and fundamentally, I’ve always been of the view that we need to engage ourselves on the issue of marijuana.”

“We also have to be mindful and that is where reasoned, sensible leadership must come in,” he stated.

He noted that there are many people in Dominica who have proclaimed that marijuana old help them fight cancer.

“I believe that the country, the citizens of Dominica need to seriously engage on this matter of marijuana for medical purposes, to explore the medicinal benefits of marijuana,” he stated. “But you cannot just take a decision and leave it like that. There are a number of other aspects one has to consider. The issue of how do you grow it, what conditions do you grow it, the issue of licensing, the issue of permits. Where can you buy it? Who can sell it? Who can grow it?”

He added that there are a number of things in terms of legislation and regulation that have to be considered.

“Belief, myself personally, from a philosophical standpoint, I believe that we need to allow people who are registered as Rastafarians in certain localities, certain areas where they practice their religion to be allowed to use this for religious purposes and of course all that too has to be properly managed,” he stated.