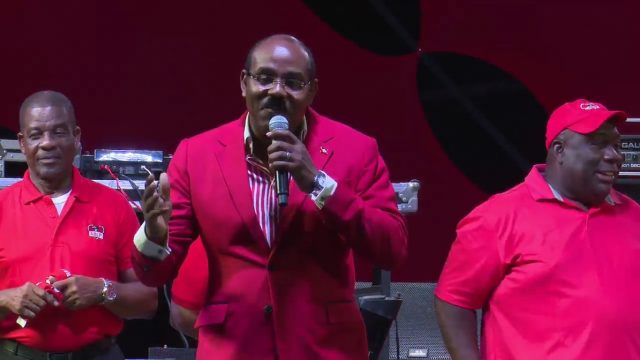 “From all indication, Mac Emanuel has not given up his (US) citizenship,” the Antigua Barbuda Labour Party told a rally in support of his Rural North candidate Charles “Max” Fernandez.

The prime minister suggested that Dr Emanuel has not revoked his US citizenship because “he knows that he’s going to lose and immediately after the elections he’s going back to the United States.”

Browne told supports following his party’s motorcade on Sunday night that “the constitution precludes him from being a candidate or at least becoming an elected officail.”

“So it means therefore that those in Rural North who are prepared to vote for Mac Emanuel, you’ll be wasting your vote because, at the end of the day, he cannot serve in the parlimanent,” the ABLP leader added.

The prime minister said the UPP candidate must bring strong evidence because “revocation is not simply by writing a letter to the United States Embassy in Barbados.”

Browne says Dr. Emanuel owes an explanation to the people of Antigua and Barbuda.