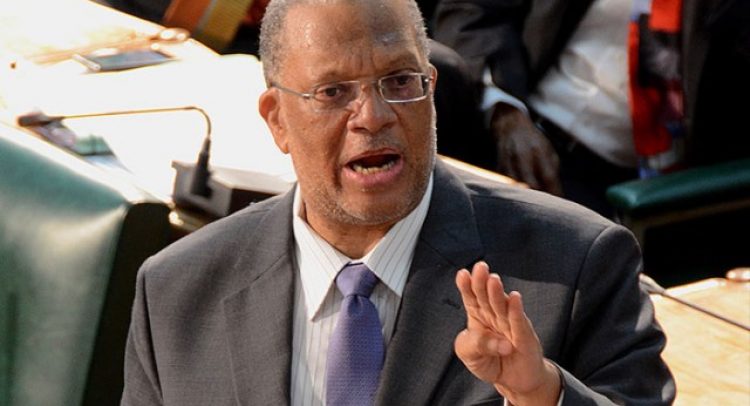 It now appears that the People’s National Party (PNP) could avoid a major fallout over who should lead the Opposition’s team in Parliament, but the rift between supporters of party President Dr Peter Phillips and failed challenger from a year ago Peter Bunting seems far from over.

Following increasingly loud whispers over the weekend that 15 PNP Members of Parliament (MPs) were poised to ask the governor general to remove Phillips as opposition leader, word came yesterday that two senior MPs have started to distance themselves from that group.

Reports to the Jamaica Observer are that the two MPs — who are believed to be key to any successful attempt to overthrow Phillips — have since indicated that although they signed a letter demanding that he meets with the parliamentary group, they are not part of any move to replace him.

According to PNP sources, the two have argued that they signed the letter in support of their colleagues who are dismayed that they have not met with Phillips since it was announced that he had undergone surgery to remove a cancerous tissue from his colon, but they are not part of a plot to oust the party leader.

Late last week the leak of a letter demanding a meeting with Phillips sparked claims that the 15 Opposition MPs were preparing to indicate to Governor General Sir Patrick Allen that they had lost faith in Phillips.

“The parliamentary group of the Opposition has been made aware of your adverse medical report and the course of treatment required. We have been awaiting an opportunity to meet with you as a caucus to express our solidarity and sympathy personally. We offer our best wishes to you as you undergo treatment and wish you the best of health.

“[But] there has not been a meeting between you and the parliamentary group since we received news of your illness. We are, therefore, asking that before Monday of next week [yesterday], you meet with the parliamentary group to discuss matters relating to the future of our party,” said the group in a letter dated Thursday, May 28 which had discernible signatures, including those of Robert Pickersgill, Ian Hayles, Angela Brown Burke, Mark Golding, Dayton Campbell, Luther Buchanan, and Peter Bunting.

In a response, Phillips, in a letter addressed to Bunting, thanked the group for their “kind wishes” and said he was doing well as far as his health was concerned.

“As you are aware, the COVID-19 pandemic has resulted in various legal orders and public health advisories which have limited the ability of organisations to function in a normal manner. The effect on the party’s organs and the parliamentary group [has] been no different. Our compliance with the restrictions [has] prevented meetings,” said Phillips.

He told Bunting that he would ask General Secretary Julian Robinson to make contact with him in light of the impending relaxation of restrictions and make the necessary arrangements for a parliamentary group meeting at the earliest opportunity convenient to all concerned.

That response obviously did not satisfy some of the disgruntled signatories to the letter, and over the weekend news emerged that letters had been drafted to be presented to the governor general, indicating that the majority of the 29 Opposition MPs had lost confidence in the ability of Phillips to lead them.

More fuel was added to the fire when veteran PNP member KD Knight, who chaired the Phillips campaign when he was challenged by Bunting for the leadership of the party last year, posted on social media that the behaviour of the 15 was “scandalous and clearly anti-party”.

According to Knight, Phillips as the elected leader of the party should review its history and see how dissension of this nature had been handled in the past.

“The 15 wouldst wound Phillips and the party and they are not afraid to strike. In saving the party he, too, should not be afraid to strike. It is folly to believe that ‘wanabees’ can, with ‘has beens’, and treacherous idolaters defeat the bold and the committed,” said Knight in the post.

He was supported by several other Comrades who called for the expulsion of the 15 from the party.

But since then it appears tempers have cooled, and Phillips will remain safe, at least for now.

Yesterday, Robinson and the party’s Chairman Fitz Jackson said they were unable to comment on the developments at this time.

A statement is expected from the party today after yesterday evening’s meeting of the executive.