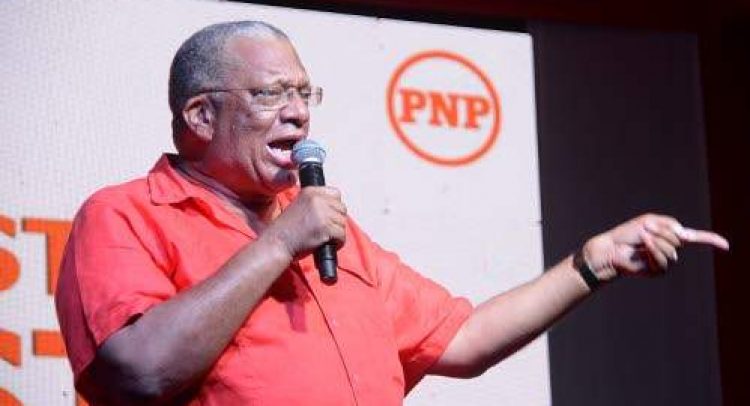 KINGSTON, Jamaica — The People’s National Party (PNP) says its parliamentary group left a meeting at Mico University today, determined to re-double and combine their efforts and commitment to win the upcoming general election.

The party, in a statement a short while ago, described the parliamentary group of 29 Members of Parliament (MPs) as “re-energised and united”.

There was unease in the party just over a week ago after the leak of a letter demanding a meeting with Party President, Dr Peter Phillips sparked claims that 15 Opposition MPs were preparing to indicate to Governor General Sir Patrick Allen that they had lost faith in Phillips.

However, that threat seems to have been averted as the party gears up for the upcoming election.

According to today’s statement, the parliamentary group, which comprises MPs and senators, held frank and constructive dialogue as they advanced plans for the upcoming general elections.

The party officials reportedly discussed significant challenges to the Jamaican economy and the Jamaican people, which the PNP said it will address as the next government.

Phillips, in his brief presentation told the group that the national campaign will be re-imagined, targeting all avenues of media channels and platforms, including all digital spaces as the party is now election ready; and the base of supporters is well motivated.

The parliamentary group said the continuing surge in crime and violence, the collapse of the Jamaican economy and the effects of the COVID-19 pandemic, altogether will unleash untold pain and suffering across vulnerable communities.

The PNP, which reaffirmed itself as the party of the people, said it is prepared to respond to these challenges.

“With an incompetent government and the breakdown of good governance as demonstrated in the handling of the education portfolio, the economy and nation security, the Jamaican people are rightfully looking to the PNP to stand up for them,” Phillips told the meeting.

The parliamentary group also expressed confidence that a united PNP is poised for an election win based on the ongoing work in the seats it now holds and the focus it has placed on winning an additional 15 constituencies.

Bounty Killer teams with Digicel in $42 million charity hand out