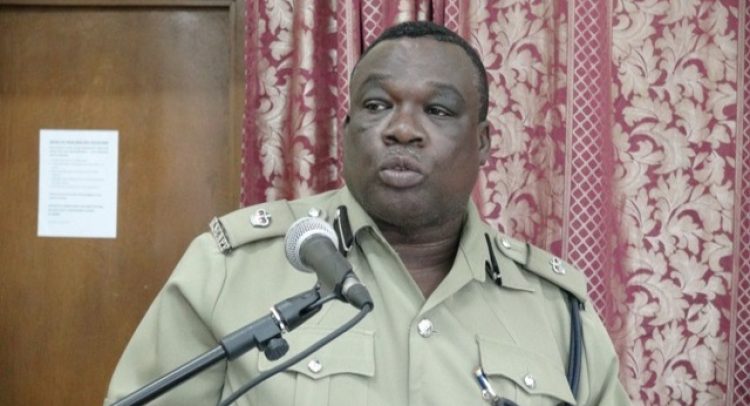 Basseterre, Friday, 11th June 2021, (MyVue News.com)-No one and no area of work or life is exempted from the possibilities of being infected with the deadly Coronavirus, as St. Kitts & Nevis Police Force discovered this week.

During the past 15 months, members of the force have been at the frontline of the national response and had managed successfully, despite their close contacts, to protect themselves from infection.

However, the security forces are now counted amongst the institutions, private and public, that in the last week, have found themselves with confirmed cases.

“This week, the High Command of The Royal St. Christopher and Nevis Police Force (RSCNPF) was notified of the first confirmed case of COVID-19 among staff. The individual, a civilian who works at Police Headquarters, was immediately placed in isolation,” said a release from the Police High Command.

The release added, “The person is in a stable condition and is being supported and monitored. Following the advice of the authorities from the Ministry of Health, several other members of staff were quickly placed in quarantine to contain the situation.”

It is also reported that the persons have been tested and their first test results have all returned negative.

Commissioner of Police Hilroy Brandy has assured both RSCNPF staff and the public, that the High Command is taking all the necessary precautions to prevent the spread of the virus and will continue to closely monitor the situation as it unfolds.

To date, over 72% of Police Officers and several members of civilian staff have been vaccinated.

As a result of the situation, persons are asked to make all non-emergency reports and inquiries to the Basseterre Police Headquarters by telephone or email, rather than in person if possible.