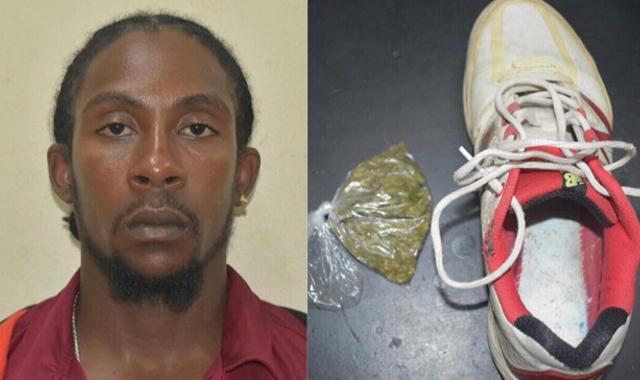 According to information from the Royal Antigua & Barbuda Police Force, Akeem arrived at the airport on Caribbean Airline flight #459 and was in transit to St. Kitts on Liat fight #521.

Saunders, well-known cricketer who plays for the St. Kitts and Leeward Islands teams, was searched by Narcotics and Customs K-9 officers at the airport.

According to the Antigua Police, 13 grams of cannabis were found inside one of his shoes.

He is expected to be charged for several drug offences.