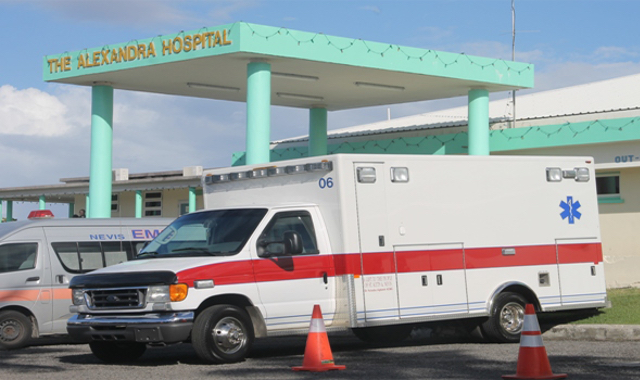 Basseterre, St. Kitts, Wednesday, 26th December, 2018 (MyVueNews.com) – A police officer stationed in Nevis is still in hospital nursing his wounds from a gunshot he received on Christmas Day, 25th December.

Already, police have taken two persons into custody and according to the authorities, they are assisting with the investigations.

Police say the incident occurred at about 2:30 a.m. on 25th December, in the Hamilton area.

They add that their preliminary investigations have revealed that Corporal Cleon Michael, who was off-duty at the time, was accompanying a businessman to his home, when he was shot.

The Officer was preparing to leave when he observed that the businessman, who was about to enter his home, was being held up at gun point by two unknown assailants whose faces were partially covered.

The Officer shouted at the assailants to stop and identified himself as an Officer when one of them shot him in the leg. They robbed the businessman of an undisclosed sum of money and fled the scene.

Police are asking anyone with information to provide any assistance that could help solve the case.

Persons can contact the Charlestown Police Station by dialing 469-5391/5392 or the Crime Hotline by calling 707.

The officer remains warded at the Alexandra Hospital in Charlestown.