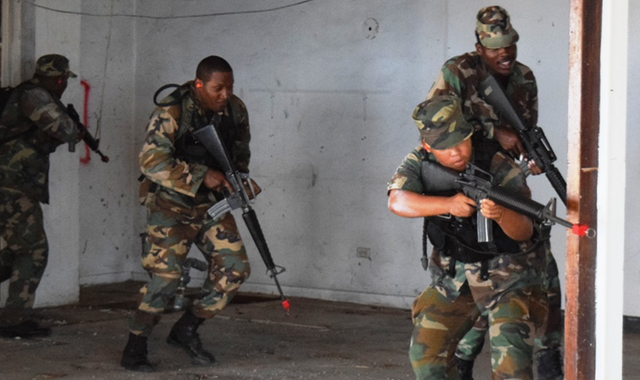 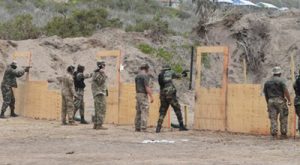 Police have indicated that 22 officers completed the training that was facilitated and sponsored by the United States Southern Command (SouthCom).

These special Police officers trained alongside members of the St. Kitts-Nevis Defence Force and security personnel from 20 partner countries.

According to the Police, the officers received specialised training in the areas of marksmanship, conducting vehicle checkpoints and participated in room clearing and detainee operations, to name a few.

This type of training will be useful for the kind of work the Officers have to do during operations conducted by the Tactical Unit. And it is not unusual for Officers to be involved in a joint operation with members of the Defence Force.

Assistant Commissioner of Police (ACP) responsible for Operations, Terrance James, said there are benefits to be derived through training on a regional level.

“Remember we sent a team of Officers to Dominica after that country was devastated by a hurricane. They were there for several weeks assisting with the Regional Security System (RSS) response to the disaster, helping with search and rescue operations, as well as maintaining law and order. So training like this comes in pretty handy,” ACP James stated.

Fitzgerald said, “We come together this year to reinforce common doctrine, standard operating procedures and train with the goal to be prepared for any emergency, threat or contingency.”

Arreaza: Part of the peace in the region happens because Venezuela and the US respect each other