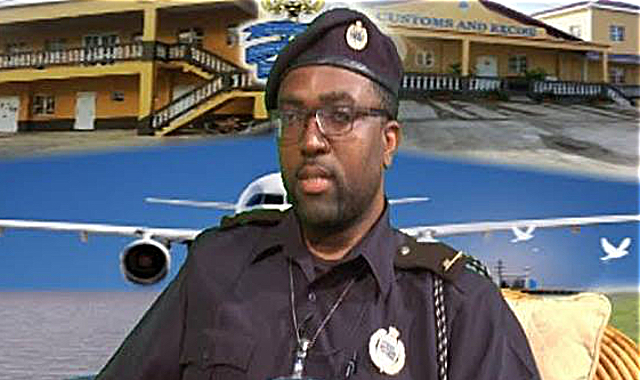 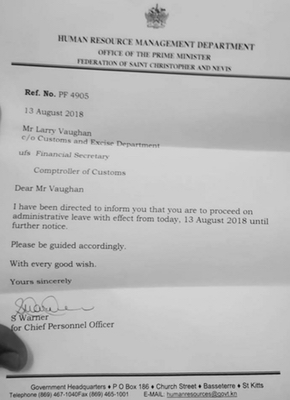 Basseterre, St. Kitts, 14th August, 2018 (MyVueNews.com) – Customs and Excise Officer Larry Vaughan was sent on administrative leave, as of 13th August, 2018, according to a letter from Human Resources.

In fact, Police officers were sent to escort Mr. Vaughan off the premisses and out of the Customs compound.

But it was not an easy matter, as on a video posted on his Facebook page, an argument had developed between Vaughan and a woman Police Officer, who at some point had grabbed Vaughan’s phone.

The argument escalated and the Police Officer is heard saying she will arrest him. Later, another video shows a Police officer placing Vaughn in a Police car in the Customs parking lot.

It is known that Vaughan has been at odds with Prime Minister Dr. Timothy Harris, and had posted several articles, especially on Facebook, that were critical of Harris.

Some sources agree that the sudden placement of Vaughan on Administrative Leave, on Monday, and that Police were sent to take him off the premisses, were designed to embarrass him.