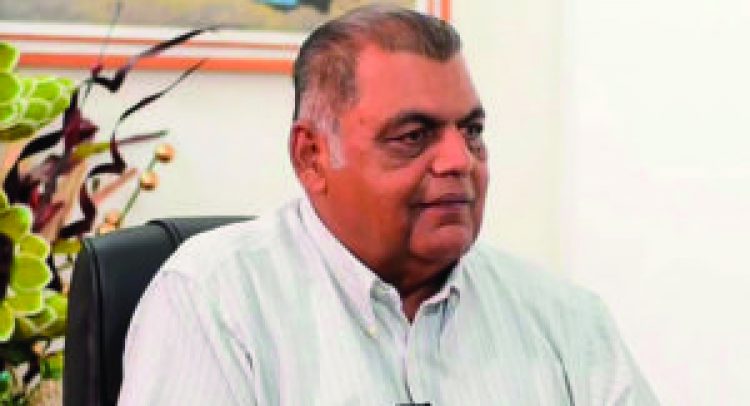 United Republic Party (URP) leader Vishnu Bandhu has called for the Guyana Police Force to probe the “blatant fraud” that was committed by embattled Region Four Returning Officer (RO) Clairmont Mingo, during the tabulation process of the Region’s votes in March.

Bandhu penned this request in a letter he wrote to the Chair of the Guyana Elections Commission (GECOM), Retired Justice Claudette Singh on Sunday in which he raised concerns over developments regarding the allegations made by the A Partnership for National Unity/Alliance For Change (APNU/AFC) coalition that dead and migrated persons voted on polling day – March 2.

He told the GECOM Chair that his party was informed that she intended to invite the Police to investigate the allegations made by the caretaker Government.

To this end, he also reminded the GECOM Chair that “all the political parties are equal in the eyes of the law and entitled to equal treatment by GECOM. In the circumstances, we request that you invite the Police to investigate the blatant fraud committed by Clairmont Mingo, the Returning Officer of Electoral District #4 in relation to the tabulation of the results of that District, acting in a conspiracy with others, within and beyond GECOM”.

The ongoing national elections recount continues to unearth the fraudulent acts by Mingo during the tabulation process for Region Four (Demerara-Mahaica) – the largest voting district in Guyana.

This fraud, the URP leader says, has been widely proven.

In fact, he cited an article published in sections of the media titled: “Recounted Grove, Providence Boxes expose more of Mingo’s manipulation”, which featured a table highlighting the embattled RO’s manipulation during the tabulation process back in March.

According to that article, an examination of merely 23 boxes showed that Mingo added 1068 votes to APNU+AFC, and subtracted 341 votes from the People’s Progressive Party/Civic (PPP/C) – representing a total variance of 1409 votes from the corresponding Statements of Poll (SoPs) for those 23 boxes.

Only on Friday, PPP/C Presidential Candidate, Dr Irfaan Ali disclosed that the recount of only 87 ballot boxes showed that Mingo inflated votes in favour of the APNU/AFC coalition by some 4495 while reducing PPP/C’s votes by 758.

Mingo’s act was detected when Statements of Recount (SoRs), generated from the recount, corresponded with the SoPs that were uploaded by the PPP/C since March. However, the figures differed from those declared by the RO back in March.

“We are ready to assist the Police in any such investigation,” the URP leader asserted in his correspondence to the GECOM Chair.

As of Sunday, just over 270 ballot boxes of the 879 for District Four have been completed.

However, the recount exercise has been punctuated daily with frivolous allegations of votes being cast in the name of dead persons or persons said to have migrated.

But the GECOM Chairperson on Thursday reaffirmed emphatically that “…he who asserts must prove”, in reference to these allegations.

It was subsequently reported in the State’s newspaper, on Saturday that the GECOM Chair has invited APNU’s General Secretary, Joseph Harmon, to submit evidence in support of the coalition’s allegations that dead and migrated people voted.

This, however, did not go down well with the URP as Bandhu indicated his “deep concern” in his letter to Justice Singh on Sunday.

“We wish to point out to you that the Order under which the National Recount is being carried out makes no provision whatsoever, either for these allegations to be entertained, nor for evidence to be received in support of these allegations. These activities, therefore, constitute a flagrant violation of the Order,” he detailed in the correspondence.

More significantly, the URP leader pointed out the Constitution of Guyana reposes these matters exclusively to the remit of the High Court to be dealt with by an election petition.

“It is completely unlawful for GECOM to encroach upon the functions of the Judiciary,” Bandhu argued.

Only on Saturday, PPP Executive Anil Nandlall, who is also a former Attorney General, said that GECOM did not have the power or jurisdiction to investigate the allegations made by the APNU/AFC.

This position was also shared by legal luminary and Presidential Candidate of A New and United Guyana (ANUG), Ralph Ramkarran, who said on Sunday that GECOM was not constructed to accommodate trials or investigations.

On Saturday also, Opposition Leader Bharrat Jagdeo warned APNU/AFC agents making allegations that it was a crime to make false claims of voter fraud. He said that knowingly making false accusations and the release of death certificates without permission are criminal offences. Jagdeo also revealed that there were independent lawyers who were planning to pursue charges against such persons, and noted that it would not be the political masterminds who face the charges but rather the agents.

Shaggy makes US visa appeal for Bounty and Beenie