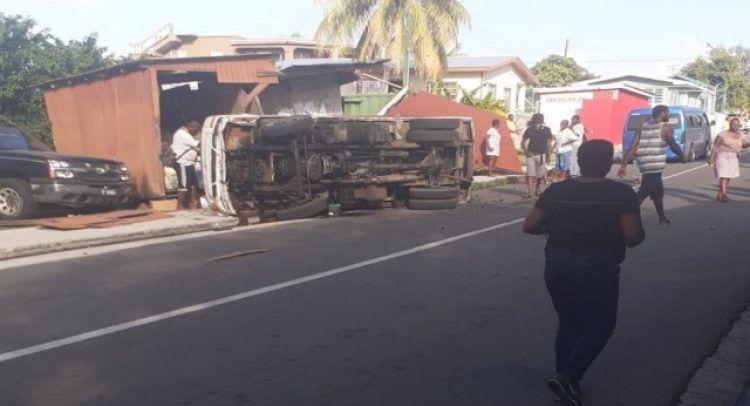 Police trying to get to bottom of fatal accident

Basseterre, 14th September, 2020, (MyVue News.com) – As the family of a 28 year old man tries to come to terms with the sudden loss of their loved one, following a fatal traffic accident over the weekend, police, on Monday morning was seeking the driver of a motorcycle that was also involved in the incident.

They said that Richards was traveling along the Island Main Road from Saddlers to St. Paul’s.

When he got in the vicinity of the public bath, Doyling came out of a side road by the bath in front of the truck and continued driving, added the police statement.

“Richards swerved and lost control of the vehicle which caused it to run into a nearby shed and flip on its side. Jimmy Jules of St. Paul’s, who was a passenger on the back of the truck, was flung from the vehicle as a result,” said the police report on the incident.

The police report also explained that 28 year-old Jules was pronounced dead on the scene by the District Medical Officer.

Four other passengers and Richards were taken to the JNF General hospital via ambulance.

The police also revealed that Maverick Morris of St. Paul’s sustained a broken arm, and was treated and discharged along with Richards and 1 other passenger.

Akimba Francis of St. Paul’s and Omar Browne of Dieppe Bay remain warded at the hospital with bruises about their bodies.

“Doyling is being sought by Police to assist with the investigation into the matter which is ongoing. He is asked to report to the Dieppe Bay Police Station or the nearest Police Station,” said the police statement.

TikTok owner picks Oracle over Microsoft as US tech partner