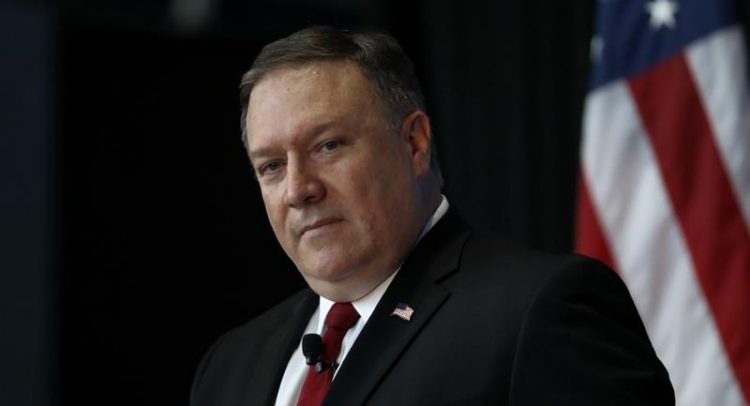 US Secretary of State Mike Pompeo has blasted Iran’s religious leaders as “hypocritical holy men” whom he says are more interested in lining their pockets and spreading hardline views abroad than helping out their own cash-strapped citizens.

Pompeo’s speech on Sunday came as US President Donald Trump and his Iranian counterpart Hassan Rouhani traded angry threats amid rising tensions between the two countries.

“Sometimes it seems the world has become desensitised to the regime’s authoritarianism at home and its campaigns of violence abroad, but the proud Iranian people are not staying silent about their government’s many abuses,” Pompeo told a crowd of Iranian Americans during a speech at the Ronald Reagan Presidential Library and Museum in Simi Valley, California.

“The United States under President Trump will not stay silent,” he said in an address aimed at members of southern California’s 250,000-strong Iranian-American community.

“The level of corruption and wealth among Iranian leaders shows that Iran is run by something that resembles the mafia more than a government,” Pompeo said.

The top US diplomat claimed that Iranian Supreme Leader Ayatollah Ali Khamenei had an off-the-books hedge fund, Setad, worth $95bn, and that Iran’s judiciary chief Sadeq Larijani was worth $300m after wiring public funds to his own accounts. Pompeo’s speech came as the war of words between Rouhani and Trump intensified.

Prior to Pompeo’s speech on Sunday, Iranian President Hasan Rouhani warned Trump not to escalate tensions with Iran, saying a confrontation with Iran would be the “mother of all wars”.

“Do not play with the lion’s tail or else you will regret it,” Rouhani said in a televised speech in Iran’s capital Tehran.

Trump hit back shortly after Pompeo’s speech in a tweet directed specifically at Rouhani.

“NEVER, EVER THREATEN THE UNITED STATES AGAIN OR YOU WILL SUFFER CONSEQUENCES THE LIKES OF WHICH FEW THROUGHOUT HISTORY HAVE EVER SUFFERED BEFORE,” the US president said.

“WE ARE NO LONGER A COUNTRY THAT WILL STAND FOR YOUR DEMENTED WORDS OF VIOLENCE & DEATH. BE CAUTIOUS!”

Pompeo and US national security adviser, John Bolton, have used combative rhetoric against Iran since Trump withdrew on May 8 from the 2015 deal to stop Iran from developing nuclear weapons.

Rouhani had hinted earlier this month that Iran may block regional oil exports if its own sales are halted following the US withdrawal from the nuclear deal.