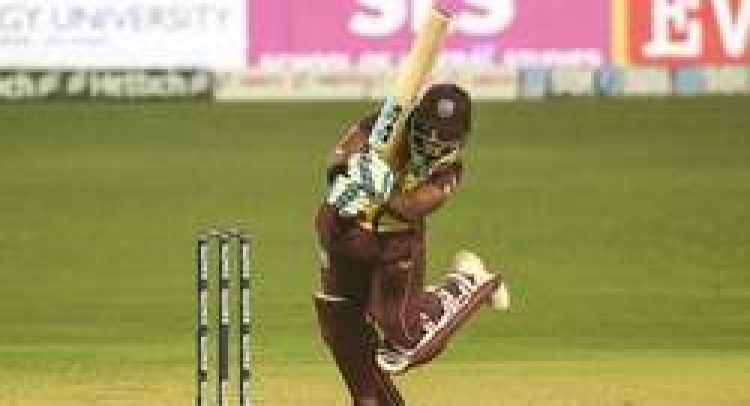 KOLKATA, India (AFP) — Wicketkeeper-batsman Nicholas Pooran smashed 61 to guide West Indies to 157 for seven against India in the first of three Twenty20 internationals on Wednesday.

Pooran put on key partnerships including a 45-run sixth-wicket stand with returning skipper Kieron Pollard, who hit an unbeaten 24, to give respect to the total.

Pace bowler Bhuvneshwar Kumar got opener Brandon King out for four with the fifth ball of the match before Kyle Mayers and Pooran, who hit four fours and five sixes in his 43-ball blitz, attempted to rebuild the innings.

The left-handed Mayers made 31 off 24 deliveries but fell lbw to Yuzvendra Chahal’s leg spin while Bishnoi slowed the flow of runs from the other end.

But Pooran stood firm to complete his sixth T20 fifty and took the attack to India before getting out to pace bowler Harshal Patel who also claimed two wickets.

Pollard, who missed the final two ODI matches due to a knee injury, smacked two fours and one six in his 19-ball stay, but with dew on the ground India remain favourites to chase down the total.

West Indies’ Nicholas Pooran plays a shot during the first Twenty20 international cricket match between India and West Indies at the Eden Gardens in Kolkata on February 16, 2022. (Photo: AFP)