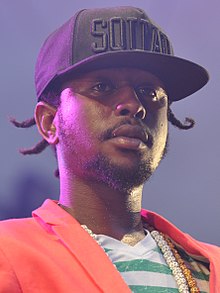 It is the second time the deejay has entered the chart at this position. His debut album, Where We Come From did so in 2014.

For the second week, Everyday Life, Everyday People by veteran California band Slightly Stoopid is number one, selling an additional 2,573 copies for total sales of 10,767.

Iration’s self-titled album slips to number five with 215 copies. Etana, sole female in the Top 10, sees her Reggae Forever inch down to number six with an additional 163 copies sold.

Former number one, Rebellion Rises by Ziggy Marley, is down to number seven while Unbreakable: Alborosie Meets The Wailers United, is number eight.

Iran rejects Trump offer of talks as 'humiliation', without value