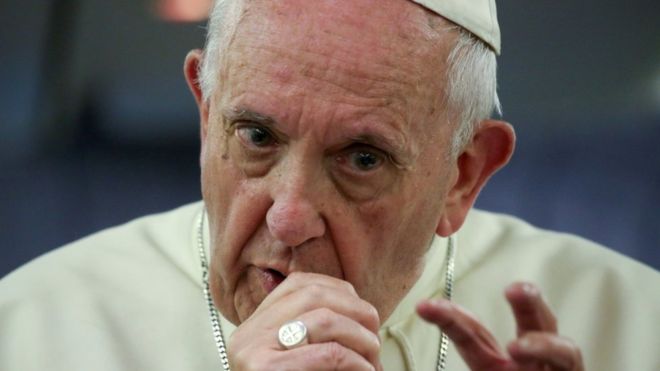 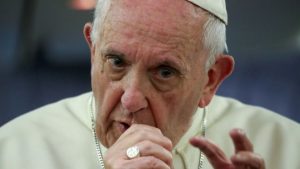 The Pope met the priest’s victims on a recent visit, but then affirmed his belief that Bishop Juan Barros was innocent, and accused people of slandering him.

He later apologised for the comments.

Critics have insisted the choice to ordain the bishop should be reviewed, and asked for further action.

A statement on Tuesday said new information had emerged in the case and announced that investigator Archbishop Charles Scicluna of Malta, was going to the country to “listen to those who want to submit information in their possession”.

He is known for prosecuting a number of cases for the Vatican’s doctrinal body from 2002 to 2012.

Bishop Barros has not been accused of abuse himself, but of being present when another priest, Fernando Karadima, molested young boys.

Karadima was accused of molesting several teenagers in Santiago, starting in the 1980s.

The Vatican found him guilty and he was sentenced to a lifetime of “penance and prayer”, but did not face criminal prosecution in Chile.

The Pope has been criticised since Bishop Barros was announced bishop of Osorno, in south-central Chile, in 2015 despite stiff opposition.

His recent visit to the country was met with protests, and he was then sharply criticised for defending the bishop.

“The day I see proof against Bishop Barros, then I will talk. There is not a single piece of evidence against him. It is all slander. Is that clear?” the Pope had said.

Cardinal Sean O’Malley of Boston, a key papal adviser, accused the Pope of causing “great pain” with the words, and several of Karadima’s victims held a news conference saying it was “offensive and unacceptable to say that we need to provide concrete evidence”.