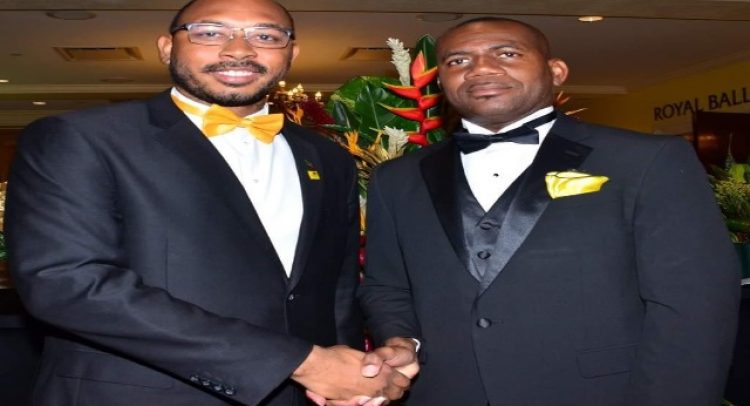 Powell nominates Richards to continue as Political Leader of PAM

Basseterre, 10th April, 2021 (MyVue News.com)–It has been a very long time since there has been so much hype and excitement in St. Kitts & Nevis over  a political convention, but that seems to be exactly the case as the Co-ruling People’s Action Movement, (PAM), heads into its 55th Annual National Convention this weekend.

While the other Co-ruling People’s Labour Party, (PLP), generated much attention a few weeks ago, when it convened its convention, most of the buzz came after the proceedings had been concluded.

For PAM however, something seems extra special this year, as they countdown to the Call to Order on Sunday.

One other sign that has become obvious to political observers, is that the Party appears to be solidly united behind its President and National Political Leader, Shawn Richards, who is also the Deputy Prime Minister of the country.

When the Party meets during the course of Sunday morning, (11th April, 2021), one of the critical agenda items to be dealt with, will be the election of a new Executive Committee, where all positions will be wide open for contest.

However, according to some sources within the Party, at the end of the period for advanced submissions of nominations, which was Wednesday, 7th April, only one name had emerged for the top job.

Other nominations, for any position, can still be done at the meeting itself, as has been the case in other years.

However, Shawn Richards was nominated on Wednesday, to serve another term as Political Leader, by Jonel Powell, who is the Parliamentary Representative in the National Assembly for Central Basseterre, and the Chairman of the PAM Party.

“Through his leadership, the Party has grown from strength to strength, and there is still so much more that he can do to advance the cause of the People’s Action Movement. Therefore, there was no doubt that Shawn Richards continues to be the right man to lead this great Party of ours,” stated Powell.

But Powell declared that not only is Richards the ideal leader for PAM, he is also the best hope for the leadership of St. Kitts & Nevis, within coming years.

When asked if Richards is ready to assume the mantle of Prime Minister-ship, Powell was clear in his message, “Yes I do. By the time the next election is due, Shawn would have had two terms in government as Deputy Prime Minister, and would have had sufficient experience, functioning close enough and at times acting in the ‘hot seat’.

In terms of the support from the PAM Party itself, the Chairman was also adamant and confident that “The Party is fully behind him (Shawn Richards), for the role of Prime Minister, not just in word, but in actions.”

Powell himself is expected to be re-elected as Party Chairman for a second term, while Lindsay Grant and Eugene Hamilton are likely to be returned to their Deputy positions.

The Convention will be held at the Recreation Ground (Play Field) in Sandy Point and it will be the first time that the event is taking place outside of Basseterre. The Caucus of delegates, however, will be hosted at the Party’s headquarters in the capital.

Former PAM Leader and Prime Minister (and Premier) from 1980-1995, Dr. Sir Kennedy Simmonds, will be the Guest Speaker.

The convention is being held under the theme, “Preparing now for the future.”

Willing to take up to 300 evacuees from St. Vincent