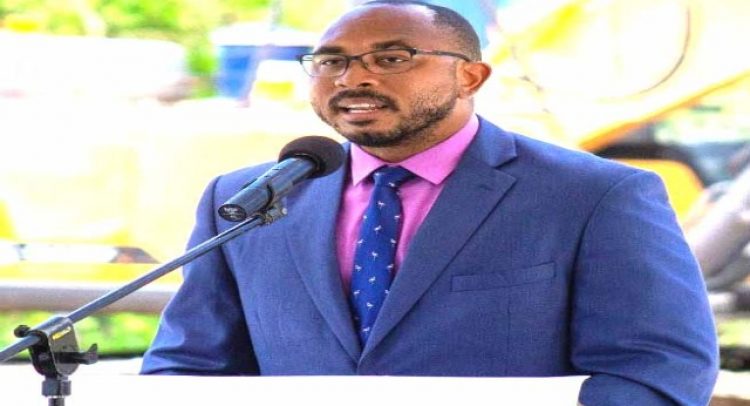 Basseterre, 18th February, 2021, (MyVue News.com)-It has been in the news for quite some time and much debate has ensued over the years, but now the Minister of Education, Jonel Powell, has confirmed that the Government is moving ahead with its plans to build a new home for the students and teachers of the Basseterre High School.

The Cabinet of the federal Government in St. Kitts & Nevis, has already approved a ‘pay-out’ of the initial mobilization funds, said Powell, while speaking on the television program, Leadership Matters, on Tuesday, 16th February, 2021.

The next step, added Powell, will see the start of the tendering process for all aspects of the construction. This is scheduled to commence in a few weeks time, explained the minister.

Government has confirmed that the new campus of the school, which is already the oldest and largest secondary institution in the country, will feature 32 classrooms, a music centre with two dedicated music rooms, four science labs and six computer labs.

There will also be a dedicated lecture room, counselling and health service facilities, an auditorium with seating capacity for a minimum of 1,200 persons and upgraded sporting facilities that will meet international standards.

Powell, admitted that the project has faced some challenges on its own, but it is a project that is in the best interest of not just the students within the Basseterre area, but to the benefit of the people of St. Kitts and Nevis.

The new campus will be located at Pond’s Extension in East Basseterre, and is touted to be a modern state of the art facility to meet current demands.

Perhaps, in an effort to explain the delay of the project which has been in the making since 2015, Powell said back in December last year, hat “We must ensure that in building an institution of this magnitude that it is done properly, that all the I’s are dotted all the T’s are crossed.”

But he promised that “At the end of the day, what we will have is a school that will last for a very long time. It will set a new standard not just in St. Kitts and Nevis, but across the Caribbean Region.”

The old school campus on Victoria Road was abandoned due to health problem that saw a number of teachers and student becoming ill, from what some experts described as mold.

Several benefits to be derived from backyard gardening