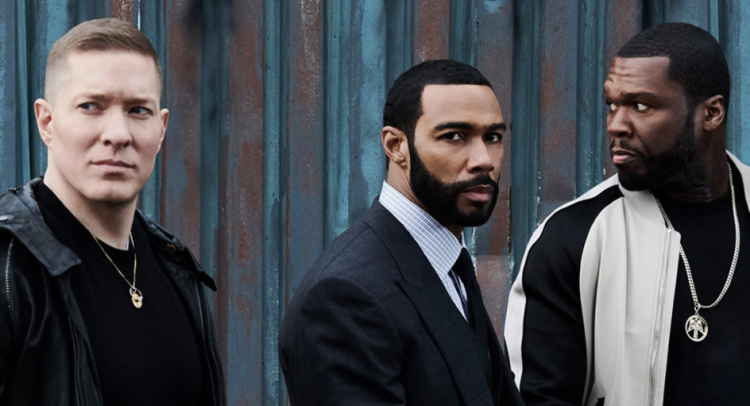 We waited, and waited and waited, and finally it’s here! The season five premiere of Power has aired! Before we get into how it all went down, here’s a refresher of the end of last season:

Raina (Donshea Hopkins) was shot and killed by that dirty cop Raymond “Ray Ray” Jones (Marcus Callender) after sticking up for her brother Tariq (Michael Rainey Jr.). Tariq spiraled out of control all last season, drinking way too much “lean” and it all ended with a BANG – the sound of the gun going off after killing Ray Ray to avenge his sister’s death. Dre (Rotimi) put a hit out on Kanan (Curtis Jackson) that was unsuccessful and now he has a target on his own back. And not just from Kanan, but Tommy (Joseph Sikora) and Ghost (Omari Hardwick) are both gunning for that a– too.

Why do they hate him? Well, he went behind Tommy’s back to link up with the Jiminez and become the new connect. He’s also behind Julio’s death and he knew the whole time what was going on with Tariq and said nothing.

At the crime scene where Ray Ray was shot and killed, Tommy thought he did a nice sweep of the apartment, removing any evidence that was left behind, but he missed a spot – and Angela Valdes (Lela Loren) caught it. A bullet went straight into the wall and after CSI gets their hands on it, they could match it to the shooter.

That’s your quick season 4 recap…cue the theme song – they say this is a big rich town – so we can get into the season 5 premiere.

Even though poor Raina lost her life as a result of the messiness, there doesn’t seem to be much mourning going on for the St. Patricks’, unless you count that publicity stunt/funeral they do for the cameras (we’ll get into that later).

The focus is on handling business. They’ve got to clean up any loose ends that could lead back to Tariq for killing Ray Ray But certain information from that night are only given on a need-to-know basis and poor Keisha (La La Anthony) just don’t need to know.

Is an artificial tan safer than the real thing?