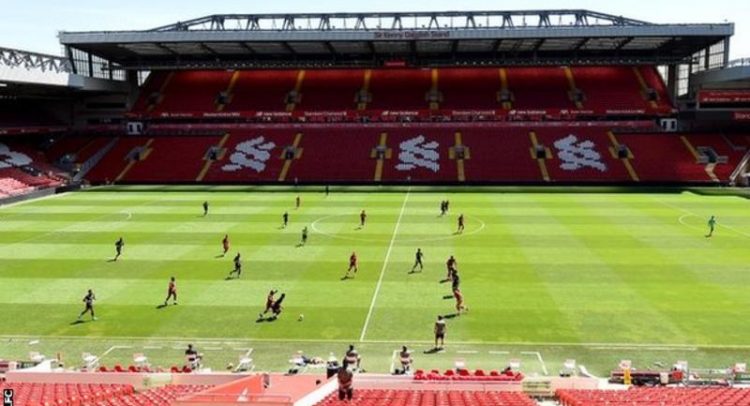 Premier League clubs set for friendlies after being given go-ahead

The Premier League has given clubs permission to play friendly matches, with strict restrictions, before the restart on 17 June.

Top-flight sides made requests to face other teams in preparation for the league’s return, which was accepted, according to the Telegraph.

Friendlies can be played at either stadiums or training grounds.

However, the Premier League has outlined a number of conditions such as negative Covid-19 tests being returned by players involved.

Measures have also been put in place ensure hygiene and social distancing rules are adhered to which include:

Championship clubs have reportedly already been approached about games and BBC Sport understands that the EFL will issue guidance to clubs on this later in the week.

Upon the resumption, some games could take place at neutral venues and Liverpool manager Jurgen Klopp told BBC Radio 5 Live he “would love” to play their home games at Anfield.

“We will not have the help from the crowd but no team will have that so where is the advantage? Whoever we play it is the same situation which is why I’m not too worried about it,” said Klopp.

“We have tried to simulate the situation by training in the stadium and getting used to it.”

Photo:Liverpool held an 11 v 11 game in training at Anfield on Monday