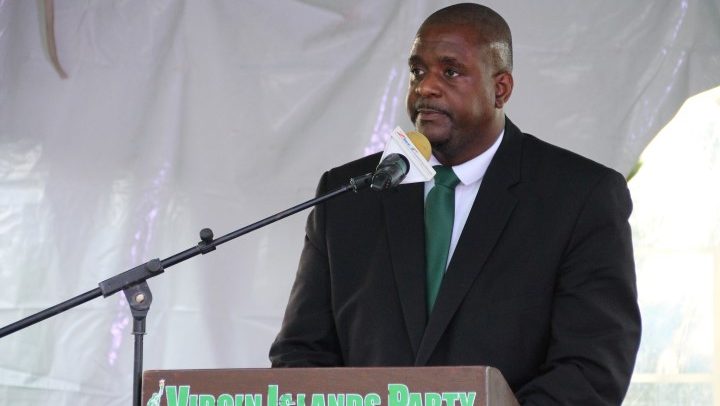 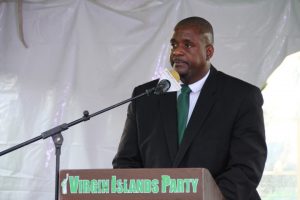 Premier Dr D Orlando Smith is impliedly being described as the downfall of a now vulnerable British Virgin Islands.

According to Opposition Leader Andrew Fahie, the Premier has been signing documents in relation to the future of the territory based on whim and not reason.

Fahie said one example of this is the controversial document that contains the United Kingdom’s strict conditions for it to become a loan guarantor for the BVI. With the UK as the BVI’s guarantor, the territory is able to borrow up to £300 million to finance its Recovery and Development Plan.

According to Fahie, the Premier is now losing support from voters and even members of his National Democratic Party (NDP) administration.

“The contents of most documents signed by the Premier are not in the best interest of the people of the Virgin Islands. However, the Premier is compelled to sign every document brought before him; with or without the knowledge and input of his Cabinet members – must less the poor backbenchers,” Fahie said.

Fahie made these statements ahead of today’s reading of the Virgin Islands Recovery and Development Agency Act 2018, which the Premier is trying to have passed in the House of Assembly.

Members of the Opposition have already made their position against the Recovery Agency clear. But, it is yet to be seen how members of government will vote.

It is said that support from some government members has drastically dwindled since the discovery that Dr Smith had submitted government’s proposed Recovery and Development Plan for the UK to approve, since November.

Where is the outrage?

Reportedly, the Premier did not consult with a number of members within his administration before submitting the document. The Premier also did not inform members of the public, who had been participating in consultations on the plan for weeks after the document was submitted to the UK.

“Where is the public outrage?” Fahie questioned while commenting on that, and other reported incidents of misgovernance from the Premier Smith-led administration.

“Why has the public not demanded a higher level of accountability from the NDP government? Why have we not heard from our lawyers, doctors, our business people, those persons who are able to assist in bringing some sense of order to the proper administration of our public affairs?”

“The country needs a fresh mandate. We must now move with a purpose as a people to show that we are serious about our financial affairs. Each of our lives and our way of living will be affected due to the failed leadership of this NDP Administration,” the Opposition Leader claimed.

He continued: “Today we are without vibrant and assertive representation from any of the NDP Cabinet members. None! They have been compromised! They are being held hostage.”