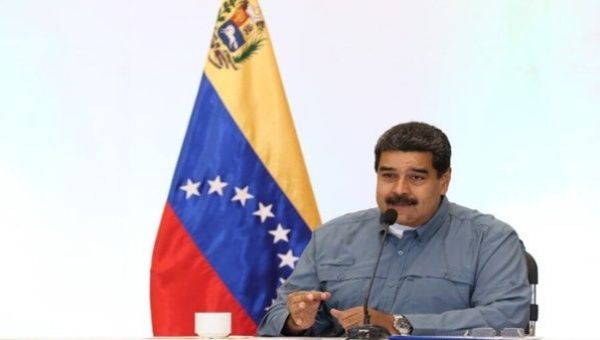 President Nicolas Maduro rejects US interference via the OAS

The Venezuelan head of State reiterated that the international organization is attacking the progressive peoples and the independent anti-imperialist governments.

Venezuelan President Nicolas Maduro rejected on Monday the role that the United States Government has given the Organization of American States using it to interfere in the affairs of the countries of the region.

“(The OAS) is a useless organism that suffered an involution and has become again a ministry of colonies of the American empire against revolutionary movements, against progressive peoples and independent anti-imperialist governments,” he said.

During an act with the leadership of the United Socialist Party of Venezuela (PSUV), the head of state indicated that he ordered Chancellor Jorge Arreaza to respond to all the grievances that are said against his country from the international organization.