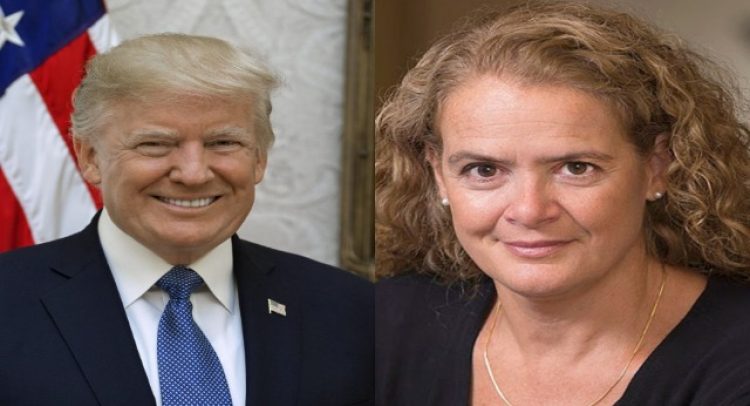 The United States of America (USA) and Canada are among the many countries that extended best wishes to the Government and people of the Federation of St. Kitts and Nevis on its attainment of 37 years as a sovereign nation on September 19.

“On behalf of the Government of the United States, I extend best wishes to you and the citizens of Saint Kitts and Nevis on the 37th Anniversary of your Independence on September 19. Our two countries enjoy a mutual commitment to defending democracy and expanding prosperity throughout the region.”

President Trump reflected on the relationship between both countries noting that it strengthened during the Coronavirus Pandemic. He continued: “we will continue to work together to keep our citizens and our Hemisphere secure and safe. Through the US-Caribbean 2020 strategy, we look forward to further advancing our relationship over the coming year.”

United States Ambassador to Barbados and the Eastern Caribbean, Her Excellency Linda Taglialatela, also shared similar sentiments and wished the Government and people of the Federation all the best.

“Our countries share common democratic values, as well as important cultural and economic ties. We value deeply the friendship and cooperation of the people and the Government of St. Kitts and Nevis, one of our closest partners in the Caribbean. As you celebrate this important day, commemorating your Independence rest assured of our continued friendship and best wishes.”

Similarly, the Right Honourable Julie Payette, Governor-General of Canada extended best wishes on behalf of all Canadians via a letter addressed to Sir Tapley.

“Canada deeply values the enduring and close relations with Saint Kitts and Nevis in such areas as tourism, climate change, trade, industry and security. We are committed to remaining strong partners and we look forward to collaborating closely to ensure a secure and prosperous future for both of our countries.”

St. Kitts and Nevis, Canada and the United States of America established diplomatic relations in 1983.

The state of St. Kitts and Nevis is good, says OAS diplomat