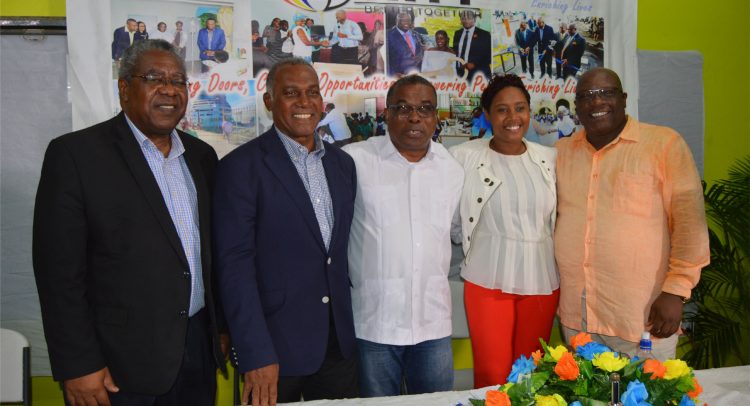 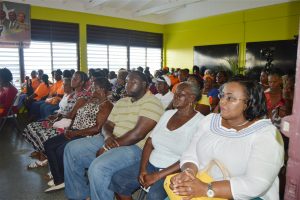 BASSETERRE, ST. KITTS, May 23, 2018 (PLP PR Media Inc.)* — Addressing hundreds who attended the Prime Minister’s Open Forum and thousands who followed the proceedings via live streaming on radio, TV and the internet, Prime Minister Dr the Hon Timothy Harris on Sunday May 20 announced that Government will make available financial packages that will overhaul the country’s economic landscape.

The Open Forum, which is part of Team Unity’s Good Governance and Prosperity Agenda, was held at the Edgar T. Morris Primary School in Tabernacle. Prime Minister Harris who is also the area parliamentary representative told the highly charged attendees that he was out to do people’s business because that is what they elected Team Unity to do.

“I will continue to focus on you,” said Prime Minister Harris, who is also the National Political Leader of the Peoples Labour Party (PLP), which is one of the three parties in the Team Unity Administration. “That is why this year we announced how we will get homes to the civil servants. We said that we will put $30 million available in the first instance to help you at the lowest interest rates ever.”

Young entrepreneurs, many who were in attendance, were advised by Dr Harris, who is also the Minister of Finance, that the Fresh Start Programme which is administered by the Development Bank of St. Kitts and Nevis (DBSKN) where over 650 persons have already benefitted, will receive a fresh injection of EC$8 million through the Caribbean Development Bank (CDB).

“The government is working for you,” continued Prime Minister Harris. “We have not forgotten the farmers and the fishers of New Town, of George Street, of West Basseterre, of Old Road, of Sandy Point and Conaree, and all the major fishing communities.”

Fishermen wanting to repair their boats or buy new engines, or farmers wanting to fence off their farms or get the land harrowed, were advised that there are funds available which they will get at the best interest rates available so as to make it easy for them.

According to the Prime Minister, his Government will be making $2 million available in an Agricultural Fund for farmers and fishers as a way to contribute to the country’s food security. Those who received hurricane damage and are yet to get any help were told they could get a portion of support by way of grant which they do not have to pay back.

“And we will continue to do more – more for the people of St. Kitts and Nevis,” assured Prime Minister Harris. “More roads will be paved. More homes will be built, so all those people who need their homes can get their homes quickly. All of these things are to be done.”