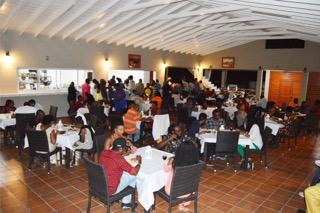 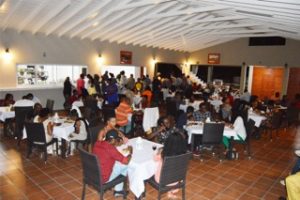 BASSETERRE, St. Kitts, February 22, 2018 (Press Unit in the Office of the Prime Minister) – St. Kitts and Nevis’ Prime Minister, Dr. the Honourable Timothy Harris, has extended congratulations and best wishes to the Government and people of St. Lucia, as that country observes its 39th anniversary of Independence today, Thursday, February 21, 2018.

In a letter to the Prime Minister of St. Lucia, the Honourable Allen Chastanet, dated February, 21, 2018, Prime Minister Harris said, “I wish on behalf of the Government and people of St. Kitts and Nevis to extend heartfelt congratulations to you and the wonderful people of Saint Lucia, as you celebrate thirty-nine years of nationhood!”

The theme selected to observe St. Lucia’s anniversary celebration is “I am Saint Lucia,” and according to Prime Minister Harris this “speaks to the strong sense of identity introspection, and the responsibility of every Saint Lucian in the quest to advance your national development agenda.”

Prime Minister Harris’ letter continued, “Thirty-nine years of Independence is indeed a significant milestone, which should serve to strengthen your individual and collective resolve to build on your achievements and advance your development trajectory, and by extension the further development of our region.”

The Prime Minister of St. Kitts and Nevis ended by expressing his best wishes to Prime Minister Chastanet, “and continued success of the Government and people of Saint Lucia, as you grow from strength to strength.”

St. Lucia became an independent state and a member of the Commonwealth of Nations on February 22, 1979.