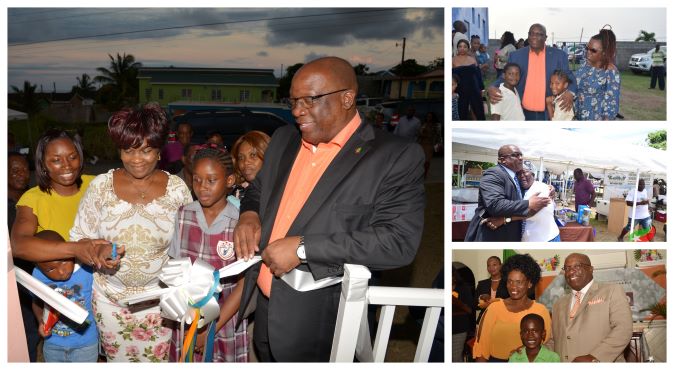 BASSETERRE, St. Kitts, December 02, 2019 (Press Unit in the Office of the Prime Minister) – Prime Minister Dr. the Honourable Timothy Harris has expressed his heartfelt appreciation to the constituents of Constituency #7, and the wider population of St. Kitts and Nevis, for granting him the opportunity to serve them in the Federal Parliament, and for the even greater honour of serving them as the third prime minister of the twin island Federation.

“To the people of Belle Vue, Tabernacle, Mansion, Christ Church, Borryeau, Molineux, Phillip’s, Lodge Village, Lodge Project and Ottley’s from the bottom of my heart thank you. And to the people of the country who gave me this opportunity to serve as prime minister, I want also to say a hearty thank you for at this point to have reached the apex in terms of leadership at the political level in this country, and to know that I owe this to so many people in the People’s Action Movement (PAM), the Concerned Citizens Movement (CCM), the People’s Labour Party (PLP), and the people who are not affiliated, for this opportunity to serve,” Prime Minister Harris said on Friday (November 29) during the adjournment of the National Assembly.

Prime Minister Harris was first elected when he contested the General Elections on November 29, 1993. Dr. Harris was returned as the people’s choice for Constituency #7 in the next five general elections that followed.

In those 26 years, the Prime Minister Harris has done much to advance the lives of his constituents, and the wider St. Kitts and Nevis, through initiatives such as improved housing solutions, upgraded public infrastructure and educational assistance to those most in need, specifically through his highly successful Help-a-Child Programme.

“I hope in some way I have met reasonable expectations and that opportunity of the second term would allow me to surpass most expectations,” the honourable prime minister commented.

Prime Minister Harris ended with a pledge to continue to do all he reasonably can to promote the interest of the people of Constituency #7 and the wider St. Kitts and Nevis.

“To this country which I love and to which I’m committed to give every waking moment in service, I say thank you for favouring me with the opportunity for service,” Dr. Harris said.