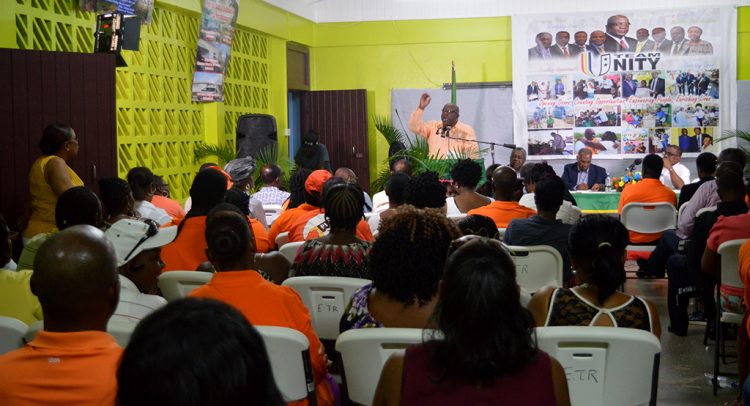 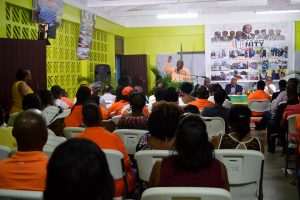 BASSETERRE, St. Kitts, May 22, 2018 (Press Unit in the Office of the Prime Minister) – Prime Minister of St. Kitts and Nevis and National Political Leader of the People’s Labour Party (PLP), Dr. the Honourable Timothy Harris, has pledged to do all within his power to lead the Team Unity Coalition to a massive victory in the next general elections.

“I went to the heart of the people where it matters and from which love pours, and established a connection that is enduring, and when the time comes and I am ready to do battle, you the people will stand like a regiment of soldiers with the leadership of Dr. Timothy Harris and I won’t lead you astray but I will lead you to victory in which I am practiced. I will lead Team Unity again into victory,” Prime Minister Harris said.

Dr. Harris delivered those strong words on Sunday, May 20, when he addressed hundreds of supporters and well-wishers from across the length and breadth of St. Kitts at an Open Forum held at the Edgar T. Morris Primary School in Tabernacle.

Throughout his passionate speech, the prime minister reminded those in attendance of his work to garner support for each Team Unity candidate in the build up to the 2015 General Election, adding, “It is the work of the people that I have done so well, which gave me confidence in 2015 to literally abandon my constituency and go in East, in West, in Central, in (constituency) four, in (constituency) six, and everywhere to deliver the seats for (Team) Unity.”

Placing his confidence in the electorate of Constituency Seven to return him again as its Parliamentary Representative, Prime Minister Harris told the energetic crowd of supporters that, “It will be my pleasure as the prime minister to ensure the victory of each member on Team Unity’s platform. For all of them I will give my very best.”