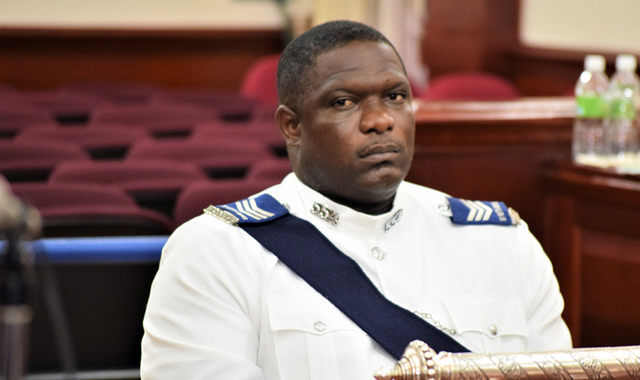 Prime Minister Harris, who is also the Minister of National Security, extended condolences during a statement on the matter in a sitting of the National Assembly.

The Prime Minister said he visited the family earlier and expressed condolences on behalf of the Government and people of St. Kitts and Nevis. He asked persons to respect the privacy of the mourning family.

“As they grieve, the resources, attention and priority of the Royal St. Christopher & Nevis Police Force are nevertheless focused at this time on investigating the circumstances that led to Sergeant Davis’ untimely death and bringing to justice the person or persons responsible,” Harris stated.

He said also, “Today, I reaffirm my Government’s commitment to fully supporting all of our brave and dedicated security forces as they endeavour to defend the safety and security of our great country.  I encourage all of us to show our support to our security forces by providing any information that you deem useful or relevant in clarifying the circumstances around Sergeant Davis’ death.”

The Prime Minister said he had discussions with the Police High Command, and indicated that all resources have been placed to investigate the circumstances of surrounding the death of Sergeant Davis.

Prime Minister Harris urged anyone with information to step forward and provide it to the appropriate authorities.

He stated, “If you saw something, or know something, please contact a member of the Police High Command, or Crime Stoppers.”

Mission to map coral reefs of the Caribbean launches