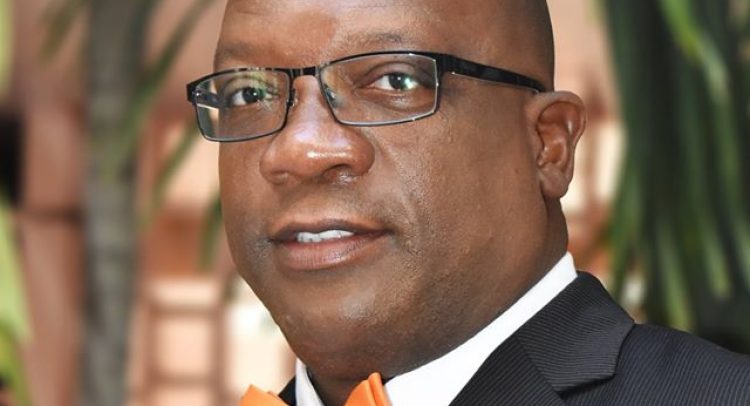 During the Inauguration Ceremony to swear in the new Cabinet on Sunday, June 14, 2020, Prime Minister Dr. the Honourable Timothy Harris thanked his constituents and promised to be a prime minister for all.

“Many would say the elegance of our system is that even as Prime Minister you are still a local member of Parliament,” said Prime Minister Harris. “I have always taken my constituency responsibilities very seriously, and carefully balanced the demands of leading our Federation, with the needs of my constituency.”

The Prime Minister noted that balancing is something all Ministers must do, adding that it demands care and attention.

Prime Minister Harris stated that the results of the recent elections were the best of his career.

“On election day, the good people of Belle Vue to Ottleys saw fit to deliver the strongest result of my 27 years of representing them, their concerns, and their hopes and aspirations,” he said. “I am truly humbled by the support of the 1,870 of you who voted for me. To the 607 who voted for an alternative, I commend you for your participation in the democratic process.”

The Prime Minister said that he will continue to serve everyone to the best of his ability. He added that even if they did not vote for the Team Unity Administration, he will ensure that the government will serve everyone.

“To those who did not vote for Team Unity, I assure you that this is a government for all our people,” he said. “This has been the ethos of Team Unity. Our Country belongs to all of us. All we have is us. No one will be left behind under Team Unity. I will be the Prime Minister for all the people.”

Prime Minister Harris noted that the all-inclusive government philosophy led to many benefiting from capital projects.

“Our philosophy of Government for all is what led us in the aftermath of Hurricanes Irma and Maria to assist thousands of suffering citizens and residents and delivered housing solutions to over 2500 families without regard for political affiliation,” he said. “The same can be said of our popular Poverty Alleviation Programme that has made life better for thousands of people everywhere. Some like Sheila O’Garro of Sebastian Street and others are here today. For us to reach our potential, everyone deserves to see his/her life improved.”

Germans off to sunny Spain as Europe loosens border lockdown