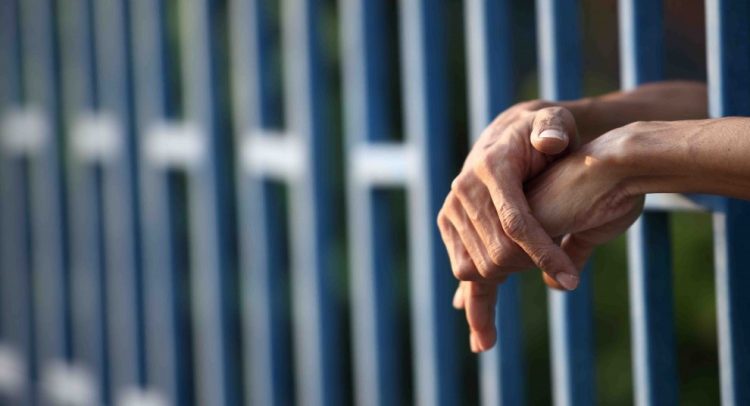 A significant number of prisoners say they have suffered physical abuse at the hands of police officers in a bid to testify or change their testimonies, according to a report released in Guyana on Monday.

The report of the US$2.3 million study funded by the Inter-American Development Bank (IDB) through the Citizen Security Strengthening Programme (CSSP), showed that several violations had been committed.

“More worrisome is that almost four out of 10 inmates (said) they had been hit in an effort to compel them to testify or to change their statement while at the police station,” according to the report of the nationwide prison survey published on the website of the Ministry of Public Security.

The report has raised questions regarding the behaviour of members of the Guyana Police Force (GPF) towards inmates, noting that officers do not always fully respect the civil and human rights of detainees.

Public Security Minister Khemraj Ramjattan said while he was not totally ruling out the occurrence of police ill-treatment, he believes that the stories told to researchers by the inmates may be “self-corroborating”.

However, he acknowledged that “to a large extent we have that.”

The report comes at a time when the GPF is receiving kudos for an upsurge in confession statements that interrogators say they obtained from detainees lawfully.

The “Final Report of the Guyana Prison Service Inmates Survey” calls for a review of the police’s performance and behaviour, noting also that a warrant in writing was only shown to one out of 10 inmates after being arrested.

It said also that only 17.4 per cent of detainees were informed by the police that they were entitled to a lawyer.

It said that such behaviour by the law enforcement authorities “not only violates the accepted good practices in the treatment of detainees but it also violates the Universal Declaration of Human Rights.

The report also recommended increases in institutional capacities in the criminal justice system, diminishing the level and alleviating the effects of overcrowding, improving the level and quality of the hygiene items provision, improve safety of inmates and the monitoring of specific subpopulations after they are released.

With regards to the monitoring of subpopulations after they are released, the report said it is proven that when people who are imprisoned for drugs are released, they tend to go back to drugs sell and consumption.

The report also found that one of four inmates reported being beaten as children, four out of 10 inmates parents drank alcohol,  one of five inmates said they were members of gangs in the communities where they grew up and four out of six inmates had a family member who was sent to prison before.

Ramjattan said the report will help authorities design policies to reduce recidivism and enhance rehabilitation and that the document clearly shows that many inmates were exposed to a criminal setting outside prison walls even though eight inmates reported seeing other inmates being beating and six out of eight had their personal items stolen in prison.

“One out of four inmates reported that their father or mother’s partner beat their mothers. In four out of ten cases the inmates’ parents or adults with whom they lived as children drank alcohol frequently. One out of five inmates said there are gangs or members belonging to criminal groups, in the neighbourhood where they lived as minors. Four out of ten inmates stated that they had a family member who had been sent to prison before,” he said.

“It shows us that we have to work harder to get it right,” Ramjattan said, urging civil society to “work with the government to prevent youths being criminalised.

“Because many of the triggers of youth involvement in crime are within our society, there is a need for communities and civil society groups to work alongside government in correcting many of the society’s ills that eventually criminalise our young people,” he said.

The Prison Service inmates survey was conducted in collaboration with the University of Guyana, the Centre for American Studies on Crime and Violence, the National University of Tres de Febrero of Argentina and Inter-American Development Bank.  It forms part of the Ministry of Public Security’s Citizen Security Strengthening Programme.

IDB’s country representative Sophie Makonnen said that the findings will aid in the establishment and implementation of policies based on scientific investigation, and not mere suspicions.

“It’s about really evidenced-based policies and that’s important, to have policies that respond to reality and not the opposite. Otherwise, the policies for any country would not be as effective as they need to be,” Makonnen said.