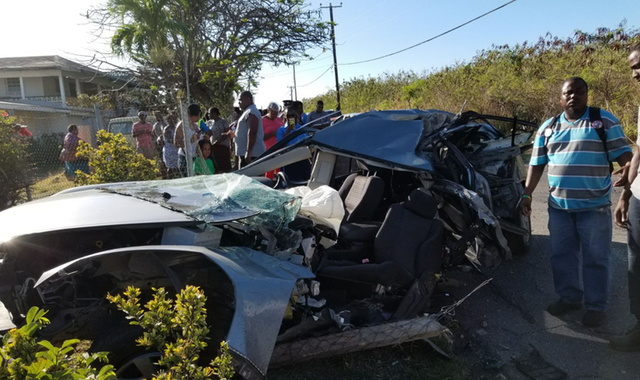 According to information released by the Police, a post mortem examination of the late Private Pemberton revealed that that his death resulted from hypovolemic shock and multiple traumatic injuries due to the vehicle accident.

The accident occurred on 13th April, when Private Woodley of Newton Ground, driving P9122, lost control and crashed into a pole. Private Pemberton was ejected from the vehicle.

The incident occurred on the Island Main Road, near the gas station at eastern Sandy Point, or near the access road to Brimstone Hill.

Police reported last Friday that the driver of P9122 was heading towards Sandy Point when he attempted to overtake another vehicle. In doing so he lost control of the car and collided with a pole. The vehicle spun in the air and landed on private property next to the Island Main Road.