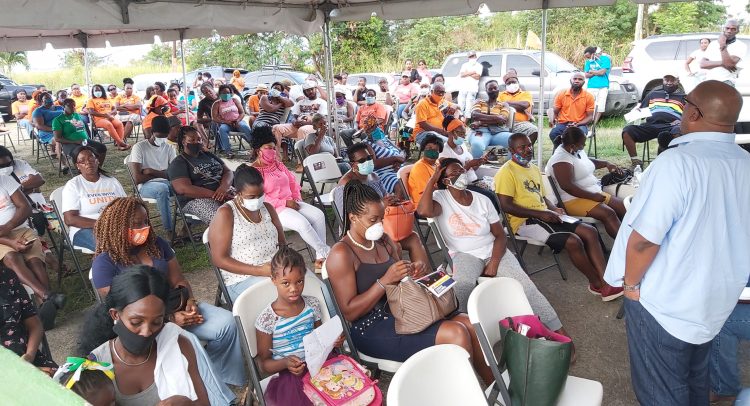 Prime Minister and Area Parliamentary Representative for St. Christopher Seven, Dr the Hon Timothy Harris, on Sunday June 28 said the programme which has assisted over 2,000 persons had gone too wide with persons not affected by the hurricanes applying for, and getting, assistance at the expense of those who would have suffered damage to their homes.

“We have recognised that there is a need for a programme, though, to assist people who have problems with their homes and who otherwise would not be able to go to the bank, to the credit union,” said Prime Minister Harris.

He advised: “We will pattern a programme to provide some support to those people. That is what we will do going forward, so that the Hurricane Relief Programme cannot continue to be used that way, because it is not supposed to address to a situation which did not arise from the hurricane.”

Dr Harris, who is also the National Political Leader of the Peoples Labour Party (PLP), made the remarks while addressing his constituents at a meeting organised by the Peoples Labour Party Constituency Number Seven Executive Branch and held in Bourryeau on Sunday June 28 to thank the constituents after a successful electioneering season that led to a massive Team Unity victory.

“Truth be told – the Hurricane Relief Programme went too wide because a number of persons who were not affected by the hurricane ended up getting assistance,” said Prime Minister Harris. “As a result of that everyone thought that as long as the house has a problem, ‘then we go to the programme for that’. That was not what the programme was intended for.”

According to the Prime Minister, Government made efforts to stop the programme because it was opening a can of worms which was not helpful as in the end it meant that some of the people who were genuinely impacted by the hurricane got pushed out as other people, whether for friendship or other things, come in and got assistance before them.

“So far we have assisted over 2,000 persons, and we understand that we can’t continue all of this year, all of next year to say you are doing hurricane programme from 2017,” said the Honourable Prime Minister. “Let us just face reality – that programme has to end. It has to end because two years have passed, you can’t continue every year saying you are doing for 2017.”

Government should have already stopped the fund, Dr Harris observed, but Covid came in. He added that the idea was that Government should not have gone into the 2020 Hurricane Seasons saying that they were doing it with what would have been worked out since 2017.

He however clarified that those persons who were listed at NEMA and in the exercises that had taken place immediately after the hurricane, and who had not yet received help that would have been provided that it is still the intention of the government to have them assisted, but no new people will be added under the programme.

'I'm looking forward to it'