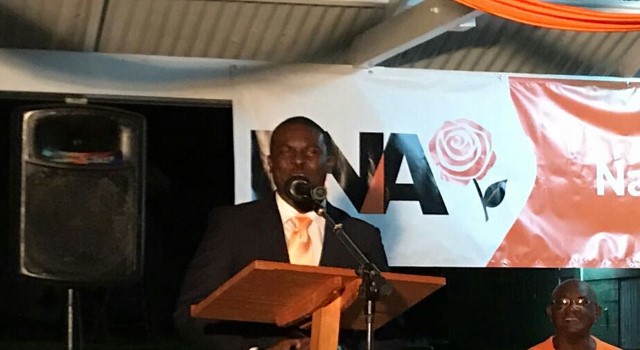 Democratic National Alliance (DNA) Candidate, Gameal Joyce, has expressed concern about the vagueness of the proposed agricultural development project with the Chinese. Having an interest in agriculture, Joyce highlighted sections of the project draft which he found to be unclear. His concerns came to light in an interview on OBSERVER AM yesterday.

Joyce added that he does not know if these terms were amended on the final agreement as that contract has not yet been released.

Joyce also said that the amount of assets that will come out of the project does not appear to be conducive or profitable. He highlighted that there are only seven greenhouses promised in the contract. According to him, each would have a area of only one acre, that would account for seven acres.

“They don’t say what they are doing with the rest of the land,” he said.

Questions of the crops to be grown, plans for exportation, and the long-term benefits also emerged form the interview. “No one seems to know the intricate details,” Joyce added.

“There has been no consultation with the farmers… and it’s a situation where we would all like to know how this would affect their livelihood, how would this affect the environment,” Joyce said. “It is the minister’s responsibility to go out there and communicate with the stakeholders, whether it be the hoteliers, the farmers, even the average Antiguan and Barbudan.”

He further questioned the true relationship between the Antigua Development Corporation and the Chinese. He also made mention that there is a request for police assistance on the premises.

According to Joyce the agriculture sector needs to be regulated as “we don’t know how many farmers are in Antigua and Barbuda.”

“At the end of the day there are so many questions,” he added, “How will we benefit as a people?”

OBSERVER media also contacted the Coordinator for the Farmers Coalition Group, Pamella Thomas, yesterday. Thomas disclosed that local farmers have met and have compiled their concerns.

According to Thomas these concerns will be posed to the Minister of Agriculture, Fisheries and Barbuda, Dean Jonas, at a meeting slotted for next Tuesday.

Prince Charles to walk Meghan down aisle after dad drops out