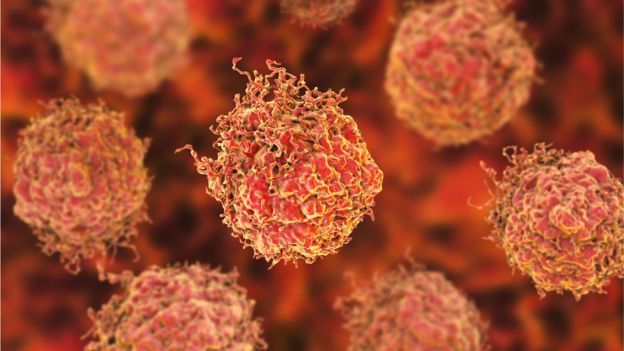 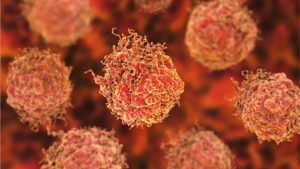 The number of men dying from prostate cancer has overtaken female deaths from breast cancer for the first time in the UK, figures show.

An ageing population means more men are developing and dying from the disease.

Prostate Cancer UK says advances in the diagnosis and treatment of breast cancer are paying off, and increased funding could benefit prostate cancer.

The biggest cancer killers in the UK remain lung and bowel cancer, with prostate now in third place.

The latest figures from 2015 show there were 11,819 deaths from prostate cancer compared with 11,442 from breast cancer.

Although deaths from prostate cancer have been rising over the past 10 years or so, the mortality rate or the proportion of men dying from the disease has fallen – by 6% – between 2010 and 2015.

For breast cancer the mortality rate has come down by 10%, meaning deaths in women are declining more quickly.

Gary Pettit was 43 when he was diagnosed with prostate cancer, five years ago, after a routine medical through work.

He had no symptoms – only an abnormally high PSA (prostate-specific antigen) blood test, which led to further tests and biopsies.

Within weeks, he had a seven-hour operation at the Royal Marsden in London to remove the cancer.

“I’m a lucky boy. I stored my sperm before the op and now we’ve got a little seven-month-old miracle baby, called Teddy. I can’t say how lucky I’ve been.”

Gary says recovering from the surgery took quite a while and there were some side-effects which he is still getting used to – but he is clear of cancer and keen to raise awareness among other men.

“It is still a taboo subject with men. They get shy and embarrassed, but it’s so important to get checked out.”

Angela Culhane, chief executive of the charity Prostate Cancer UK, said the disease currently received half the funding and half the research that is devoted to breast cancer.

She said developing better diagnostic tests that could be used as part of a nationwide screening programme would be a priority.

At present, there is no single, reliable test for prostate cancer – the PSA test, biopsies and physical examinations are all used.

Men with prostate cancer can also live for decades without symptoms or needing treatment because the disease often progresses very slowly.

What are the symptoms?

There can be few symptoms of prostate cancer in the early stages, and because of its location most symptoms are linked to urination:

Men with male relatives who have had prostate cancer, black men and men over 50 are at higher risk of getting the disease.