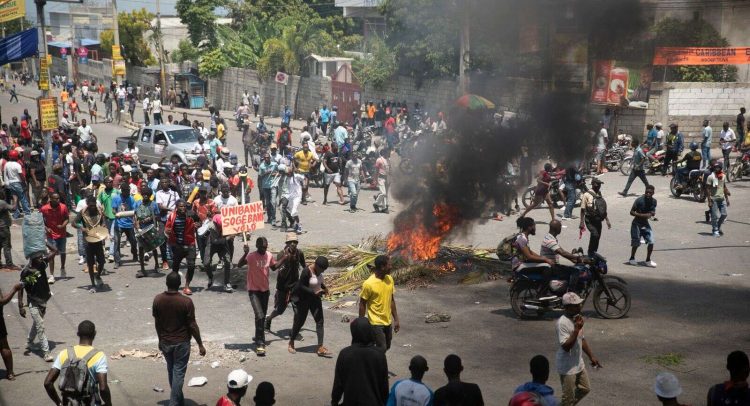 PORT AU PRINCE, Haiti, (CMC) – Haiti announced on Wednesday new prices for fuel even as protesters took to the streets throughout the capital with rocks, and burning tyres against the move and crippling traffic in the city.

The action of the protesters, which comes on the heels of Haitians demanding that Prime Minister Ariel Henry step down, has been further fueled by the Minister of Communication Emmelie Prophète’s indication that the government had increased the price for petroleum products at the pump.

“With the withdrawal of the petroleum products subsidy, the following prices will be charged at the pump. That decision had been taken by the Council of Ministers,” he said.

In addition to that, Prime Minister Ariel Henry in a national address outlined that fuel prices would increase, saying that the government, which authorised local distributors to import fuel, could no longer afford to heavily subsidise fuel.

The government-set price of a gallon of gasoline is to increase from 250 gourdes (One Gourde=US$0.008 cents) to 570 gourdes, while diesel has been increased to 670 gourdes a gallon, up from 353 gourdes. Kerosene will now be sold at 665 gourdes, increasing from 352 gourdes a gallon.

The protest has forced schools and businesses, including banks, to shut down.

Photo: People walk around burning tires set up by protesters during a protest in Haiti. (Photo:AP)