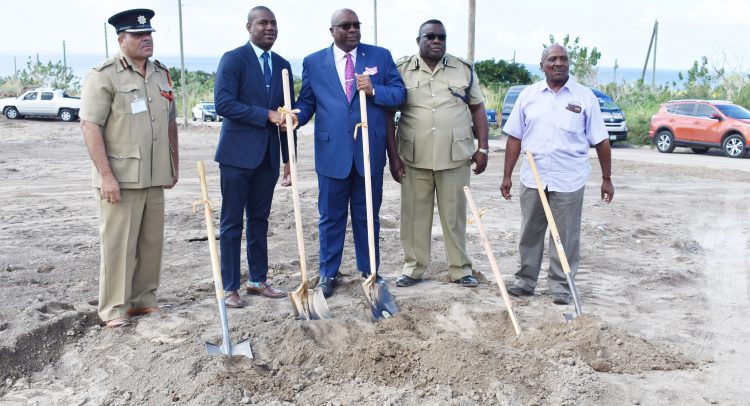 “There are a number of projects which have been done in Sandy Point, all with different meanings to different persons,” said the Hon Richards when he appeared on 869 Forward – Entertainment, Development, Reasonmeant virtual show hosted by Ms Rohanda Devent and Mr Amali Armony on Saturday evening May 30.

Going forward, the Deputy Prime Minister who is also the Minister of Education said it is the intention of the Team Unity Administration to achieve more in Sandy Point by attracting more business places to the area to give more Sandy Pointers the opportunity for development.

“Pump Bay is of special significant to a number of persons and we are hoping to develop Pump Bay into a strip sort of night life activity,” noted the Hon Shawn Richards who is defending the St. Christopher Five seat in the June 5 General Election. “You have some persons already operating business there and we are hoping other persons will be given similar opportunities to be able to ply their trade at Pump Bay.”

The Deputy Prime Minister, answering a question posed to him by Ms Rohanda Devent, said he felt victimised by the previous government for not having been appointed in a government job and that was the driving force for his entering politics. He had served as the campaign manager for the former People’s Action Movement candidate, Mr Hugh Heyliger, in Sandy Point in 1995. Heyliger however lost in the 2000 general elections.

“As a young man I said I need to make a difference, because no longer should young persons be victimised based on political party that they support,” said the Hon Richards.  “I took the plunge into politics (in 2004), I was successful at the very first opportunity and I try my best as possible to give all young persons an opportunity regardless of which political party they support.”

He sat on the opposition benches for two consecutive terms, but with the People’s Action Movement (PAM), Peoples Labour Party (PLP) and the Nevis based Concerned Citizens Movement (CCM) joining forces as Team Unity under Dr the Hon Timothy Harris to contest the 2015 general elections, he retained his seat, and was named the Deputy Prime Minister.