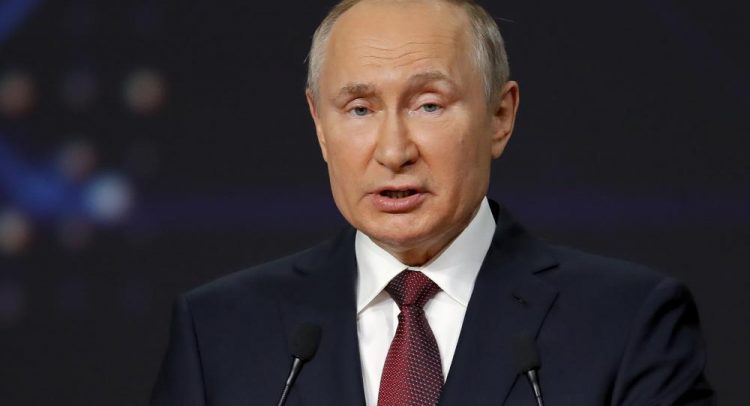 MOSCOW (AP) — Russian President Vladimir Putin on Friday praised his country’s response to the COVID-19 pandemic and called for a stronger global response to global warming.

Putin’s speech at an economic forum in St. Petersburg came less than two weeks before his summit with United States President Joe Biden. U.S. and Russian officials said the agenda of the June 16 meeting in Geneva will likely include climate change and efforts to counter the coronavirus among other issues.

Addressing the forum, Putin lauded the efficiency of Russian-designed vaccines and bemoaned what he described as “politically-motivated bans” in some countries on their purchase.

Last year, Russia boasted of being the first in the world to authorize a coronavirus vaccine, but it has since moved slowly in getting its population immunized. The slack pace of vaccination has been partly attributed to public skepticism about the vaccines amid controversial signals from the authorities.

Experts have questioned whether Russia will be able to meet the government’s target of vaccinating more than 30 million of the country’s 146 million people by mid-June, and nearly 69 million by August.

Putin on Friday again urged the Russians to move more quickly to get the shots, noting that the Russia-designed vaccines have been “proven to be the safest and most efficient” and emphasizing that there have been no fatalities linked to their use.

Putin invited foreign nationals to visit Russia to get the coronavirus shots, saying he would instruct the government to move quickly to facilitate that.

In his speech, Putin also emphasized the need to strengthen the international response to climate change, noting that melting permafrost has mounted a major challenge to Russia’s Arctic regions.

“We have entire cities built on permafrost,” he said. “What will happen if it all starts melting?”